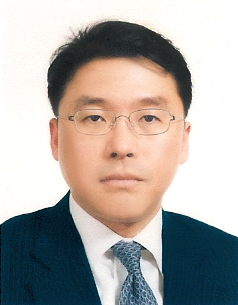 Samsung recently announced the appointment of Chun Lyong Lee as the new Managing Director of Samsung Electronics Philippines Corporation (SEPCO). On December 14, 2012, Lee replaced Kyung Chull Park who had served SEPCO for three years and will be assigned to handle Brazil market. More information on Lee is provided in the following press release.

Samsung Electronics Co., Ltd. a global leader in consumer electronics has appointed Chun Lyong Lee as Managing Director of its Philippine subsidiary Samsung Electronics Philippines Corporation (SEPCO) last December 14, 2012. He succeeded Kyung Chull Park, who after heading SEPCO for 3 year, from December 2009 to 2012, now moves on to his assignment in Brazil.

Chung Lyong Lee, who holds a master’s degree in Financial Management from the Massachusetts Institute of Technology in U.S. and a bachelor’s degree in Law & Business Administration from Yonsei University in Seoul Korea, has a proven track record in business and financial management for almost two decades.

He began his professional career as an Assistant Manager in the Overseas Trading Division of Samsung Corporation in 1994 where he stayed and took on different roles for the next eight years. In 2002, he took on the position of General Manager at the Government & Financial Institute Group of Citibank Korea and Director of Corporate & Investment Banking Division of Bank of America in Seoul from 2003 to 2006. He also served as a Senior Manager of the Global Management Team of Samsung Electronics in Seoul from 2006 to 2008. His latest stint was as Regional Marketing Director of Samsung Southeast Asia, Oceania & Taiwan RHQ for four years.

The new chapter in his illustrious career is to lead SEPCO as its Managing Director – bringing with him a fresh, consumer-focused perspective with the commitment to give people innovative, world-class consumer electronics products that meet their needs. His vision includes higher revenue for all product-segments – may it be in the category of handheld portables such as tablets and smart phones, colored televisions, compact cameras, and many more. He would also want to establish Samsung as the employer of choice and be able to contribute to the country further through its strengthened CSR programs. In addition, he wants to raise global standard of excellence SEPCO’s retail and customer management as he ensures that Samsung remains to be the finest and most preferred brand in the Philippines.