Recently, the Philippines was badly struck by the Typhoon Maring. This untimely calamity brought strong rains and heavy floods all over Central Luzon and around the Metro, resulting in a number of casualties. The country was devastated as the number of those left homeless, hungry and in need continued to rise. As a result the Philippines National Disaster Risk Reduction and Management Council (NDRRMC) reported a total of 633.082 million pesos lost due to damage on infrastructures and agriculture, leaving around 500 areas in 51 cities flooded. 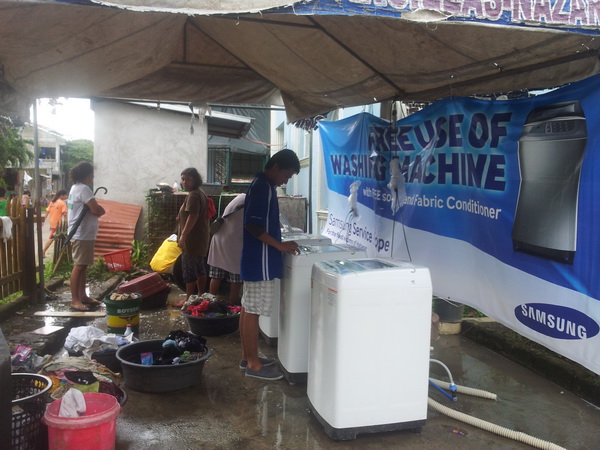 Despite the crisis, fellow countrymen offered to ease those stricken by the disaster in the simple ways that they could. Samsung Electronics Philippines Corporation (SEPCO), gave a helping hand to 300 hundred affected families in three different Barangays. The Samsung Service Team was present to head their free use of washing machines, where they brought in Samsung washing machines with free soap and detergent. The activity ran for a total of 5 days in 3 different neighborhoods in Sta. Rosa and San Pedro Laguna, namely Barangay Macabling, Barangay Landaya, and Barangay Ibaba. Through the activity, families lined up to use of the machines to wash their clothes, a seemingly small however much needed effort.