Samsung might be facing a lot of issues and controversies right now with all that's happening regarding the Galaxy Note7, but that doesn't mean that the Korean smartphone giant will stop from producing new smartphone models. Recently, images and specifications of the yet-to-be-released Galaxy C9 have been making rounds on the web. 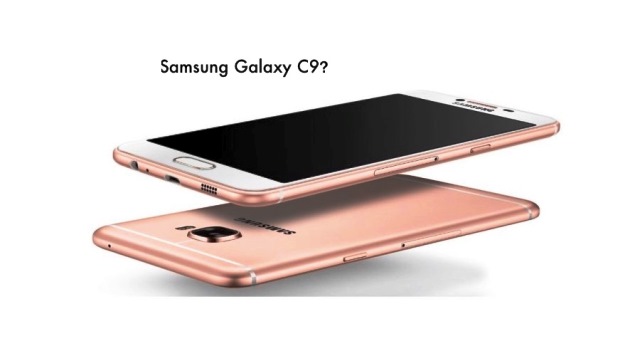 Already spotted at TENAA, Geekbench, and AnTuTu, the Galaxy C9 is expected to run on Android 6.0 Marshmallow, and will carry a 6-inch Full HD AMOLED display screen with a 1920 x 1080 resolution. Other specs include a 1.4GHz Qualcomm Snapdragon 652 processor, Adreno 510 GPU, and a 6GB RAM plus a 64GB built-in storage. The Galaxy C9 is also reported to sport a 16MP camera, both on the rear and on the front.

The Galaxy C9 is alleged to be officially unveiled by Samsung this November.