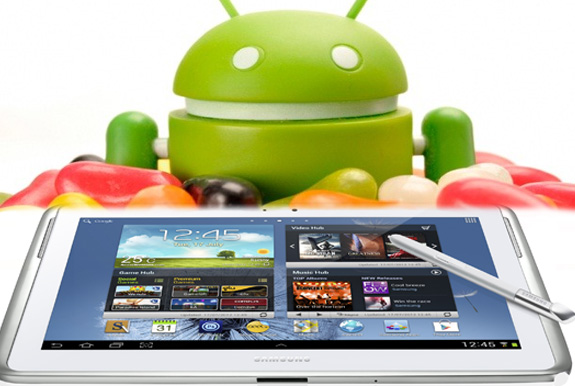 Given out as a over-the-air download, Galaxy Note 10.1 owners can now get the updates to the Android v4.1.2 Jelly Bean. Along with the update comes a handful of new functions and fixes including ones that attack Exynos 4-based processors making them vulnerable to malicious apps.

Basically, if a user downloads a malicious app, there is a chance that the malware could wipe out data or access a user's data without his/her consent. The new update also carries modifications in interface controls for programs such as Gmail. At the same time, it also gives users access to Google Now.