Samsung Philippines has not yet staged an event for its official local unveiling, but it seems that the company will be introducing one of its newest tablets on Valentine’s Day, coinciding with the Great Samsung Sale 2014. We’re actually talking about the 12.2-inch Galaxy NotePRO which was previewed along with the Galaxy TabPRO tablets ahead of CES 2014. 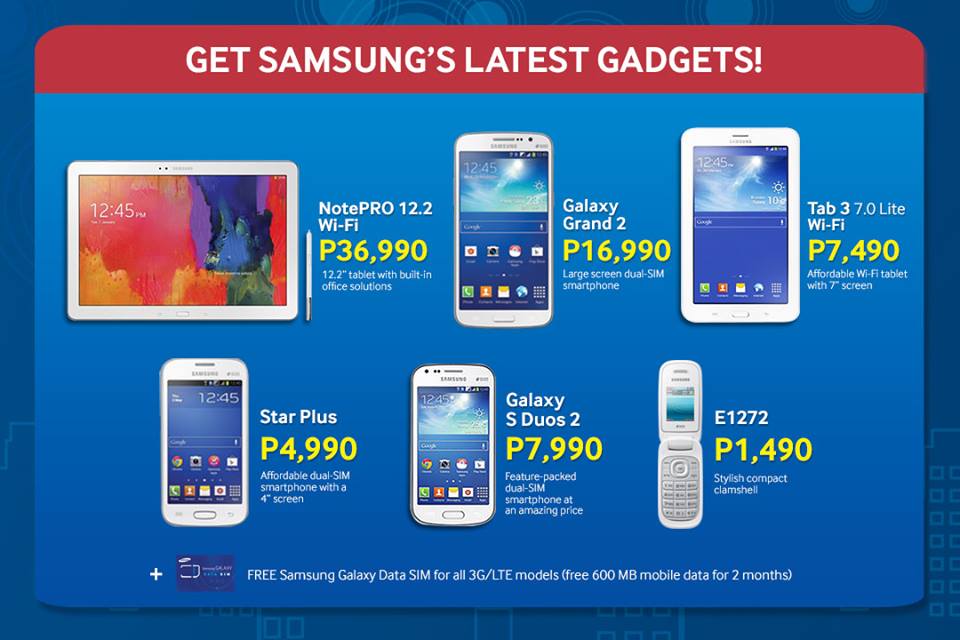 In one of the photos that Samsung Philippines posted on its Facebook fan page, the Galaxy NotePRO appeared with an SRP, retailing for PhP 36,990, making it as expensive as the Galaxy Note 3. Noteworthy, the tablet is suffixed with “Wi-Fi” which suggests that it is not the possibly more expensive 4G LTE variant. In any case, it retains the other features of its 4G LTE-enabled relative such as a 12.2-inch Super Clear LCD (2560 x 1600), 8-megapixel autofocus camera with LED flash (2-megapixel secondary), 3GB RAM, 9500mAh battery, and possibly 32GB internal storage with up to 64GB microSD support. As the Galaxy NotePRO uses an Exynos 5 Octa platform, the tablet technically combines a 1.9GHz Cortex-A15 chip and a 1.3GHz Cortex-A7 chip with a Mali-T628 MP6 GPU, running on Android 4.4 (KitKat). For connectivity, the Galaxy NotePRO Wi-Fi supports Bluetooth 4.0 and Wi-Fi 802.11a/b/g/n/ac standards, and has a USB 3.0 port. If you are planning to get this tablet on the Great Samsung Sale 2014, learn more about it by reading this preview article.