Samsung is unpacking a big news on March 14. Though it has released many teasers leading to the belief that the Samsung Galaxy S IV is coming to town, nothing has been officially announced yet. Still, the majority believes that it is the new Galaxy flagship smartphone that is coming and because of this, the social media world gets buzzed, albeit with scams especially on Facebook.

Since the announcement for the Samsung Unpacked 2013, pages and photos similar to the one below started appearing, most of the time spamming Facebook timelines from the "Likes" and "Shares" unsuspecting friends do. But even with a basic sniff test, the giveaway fails - the simple spelling error of the brand from Samsung to Samasung can be observed on the image below. 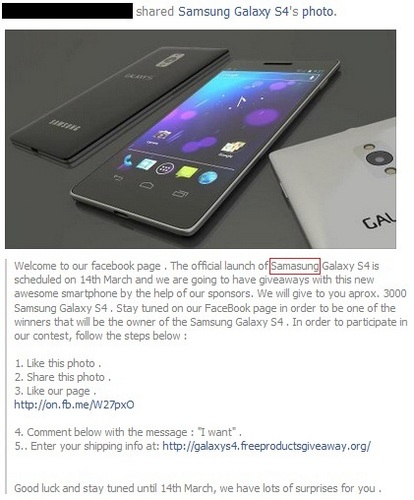 There is nothing new with these Facebook Page scams, only the prizes change but the baiting style stays the same. The fact that the Samsung Galaxy S IV isn't officially announced exposes the scam even more. It may say that it has "the help of sponsors", but this looks merely a cover up to the idea that the smartphone is not out yet.

There are many pages like this, with incorrect spelling of the brand or interchanging "S IV" and "S4". Take note that Samsung has always used roman numerals for its Galaxy S series i.e. Galaxy S I, Galaxy S II, and Galaxy S III.

While trying to find if Samsung has made an official statement about these scams, this comment from Samsung Mobile Singapore is the best we can find at the moment. 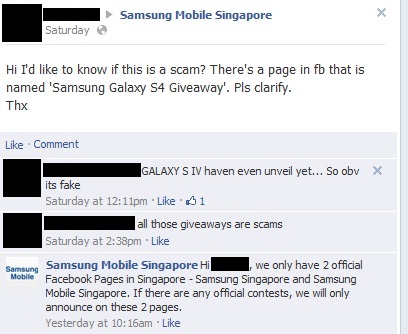 In the Philippines, it is best to stick with the Facebook announcements made by SamsungMobilePH. We are currently trying to get their side on this and we will let you know once they comment about it.

Also, there are Facebook rules that govern contests on this social networking site. The instructions on this scam pages ticked off several rules, especially the ones in red boxes. 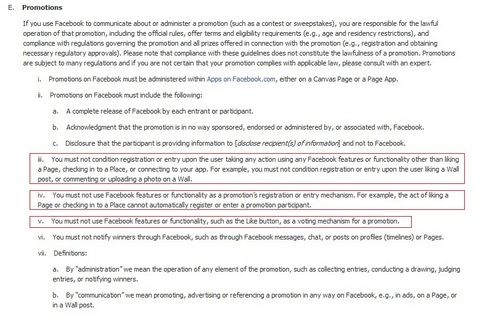