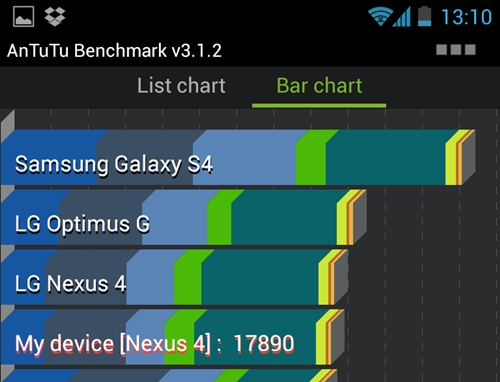 We are about a week away from Samsung's official unveiling of the Galaxy S IV and someone appeared to have jumped the gun by conducting the AnTuTu benchmark on the device.

Samsung announced its next generation eight-core Exynos 5 Octa mobile processor at CES 2013, which is the first in the world to implement the ARM big.LITTLE processing technology based on the Cortex-A15 CPU. The Korean company claims that the new processor is up to 70% more power efficient than its predecessors.

Judging from the benchmark results, the Galaxy S IV is set to be yet another Android superphone this year that is ready to challenge the HTC One, ASUS PadFone Infinity and Sony Xperia Z.