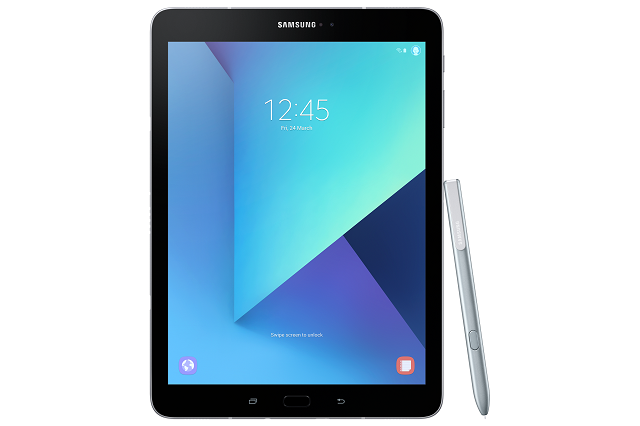 Recognizing the fact that the tablet market has matured and understanding that most tablet usage happens at home, Samsung introduced today at the Mobile World Congress in Barcelona, Spain the Samsung Galaxy Tab S3. Primarily positioned as a multimedia platform, the Galaxy Tab S3 comes with a set of features that offers the best characteristics of a smartphone and a PC in terms of entertainment. Samsung’s introduction of the Galaxy Tab S3 is in line with the prediction that 80% of online traffic will be consumed by video consumption.

A mobile device that exudes elegance, the Galaxy Tab S3, comes with glass panels on the front and the back with its entire body bordered with an aluminum frame. Weighing 429g, the tablet supports HDR and 4K video playback with its 9.7-inch QXGA Super AMOLED (2048 x 1536p), a type display of panel developed by Samsung that has been known for its brilliant rendering of images. As entertainment does not only involved watching of videos but also gaming, Samsung has equipped the Galaxy Tab S3 with Vulkan API for superior graphics, Game Launcher for enhanced interface, and Do Not Disturb Mode for uninterrupted gameplay. Furthermore, videos and games are visually enhanced with the integration of a DNIE chip within the tablet.

Completing the entertainment experience with the Galaxy Tab S3, Samsung has equipped the tablet with four built-in speakers tuned by AKG (a HARMAN audio brand), featuring auto rotating stereo that follows the orientation and direction of the screen. With these features, Samsung describes the Galaxy Tab S3 as a 9.7-inch home theater system that doesn’t require the use of external speakers. For personalized audio experience, Samsung has bundled the tablet with AKG-tuned earphones. Available in LTE and Wi-Fi versions, the Galaxy Tab S3 promises to deliver up to 12 hours of battery life, thanks to its 6000mah battery that can be quickly charged through USB 3.1 (Type C) connector. 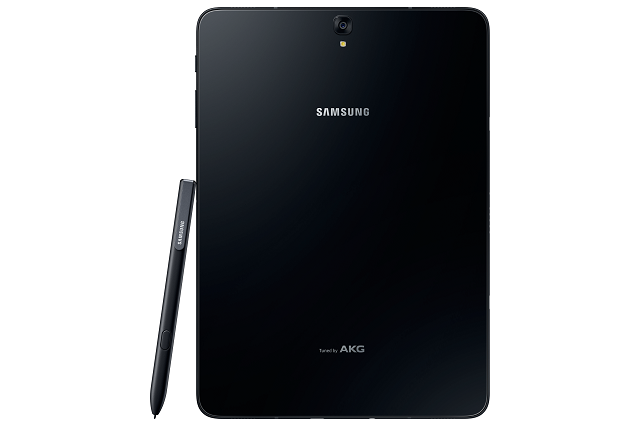 While it seems that it is all play, the Galaxy Tab S3 is also all-set to work. The tablet supports Pogo keyboards and comes with a refined S Pen enhanced with Wacom’s electromagnetic resonance (EMR) technology that enables this accessory to operate wireless and without a battery (hence, recharging it is not required). The S Pen features a 0.7mm tip for precision and sensitivity that simulates the feel of real sketching or writing and comes with the known features of the S Pen such as Smart Select, Translate, and Glance. The Samsung Galaxy Tab S3 will also be offered with a specialized pen developed with Staedtler, inspired by the brand’s renowned Noris pencil model.

For security, the Galaxy Tab S3 features Samsung Flow for biometric authentication to log-in and wireless tethering with compatible devices to transfer documents from a mobile device to a tablet. It also syncs message notifications so users never miss an important text message whether they’re the tablet.

Running on Android 7.0 Nougat, beating within the Galaxy Tab S3’s confines is a Qualcomm Snapdragon 820 quad-core chip (2.15GH + 1.6GHz) along with 4GB RAM and 32GB onboard storage (expandable up to 256GB via microSD). On the imaging front, it has a 13-megapixel autofocus rear camera with flash and a 5-megapixel snapper on the front. The tablet supports 4K video recording at 30fps frame rate. Integrated sensors include: accelerometer, hall sensor, RGB sensor, fingerprint sensor, gyro sensor, and geometric sensor. Wireless connectivity options include Bluetooth 4.2 and Wi-Fi.