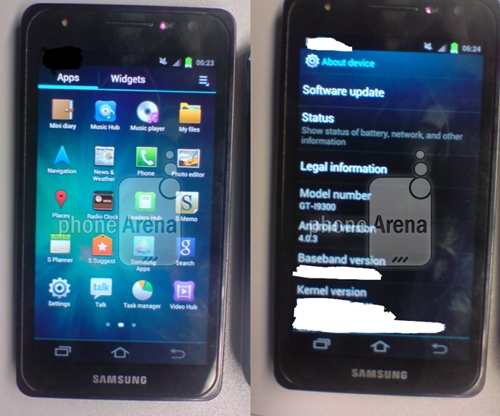 Once rumored to be the Galaxy S III, the upcoming Samsung GT-I9300 had part of its specs list leaked by PocketDroid. The source pointed out the following specs:

Based on the specs above, the Samsung GT-I9300 is likely to square off with the HTC One S, which has comparable specs such as a 4.3-inch Super AMOLED display, Qualcomm Snapdragon S4 1.5GHz dual-core processor, 1GB RAM and Android 4.0.

Although no specific release date has been mentioned, the Samsung GT-I9300 is rumored for a launch in May. This time frame coincides with the May 22nd press invite for the launch of the Samsung Galaxy S III, which was leaked earlier by several Korean websites.