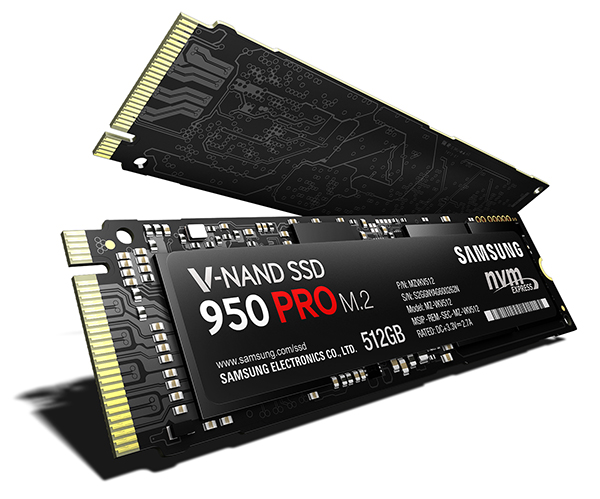 Samsung has been holding annual summits for their SSDs for the past four years. Last year, the company took the chance to announce the SSD 850 Pro. It was a groundbreaking drive for a couple of reasons. To begin, it was their first consumer SSD to be using the company’s new 3D V-NAND architecture. It was also remarkably quick and offered a 10-year long warranty. 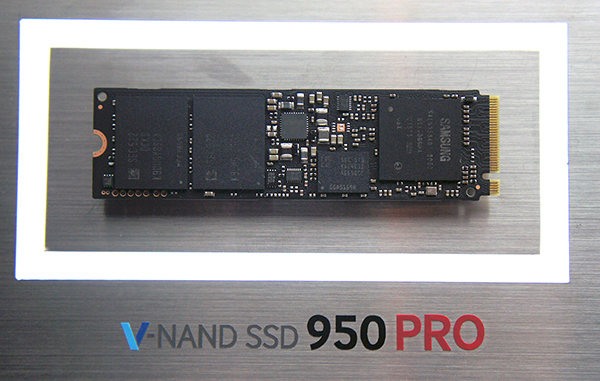 To build on it successes, Samsung is launching a brand new flagship drive - the 950 Pro. Like its predecessor, the SSD 950 Pro is built using Samsung’s 3D V-NAND architecture. It is also the company’s first M.2 form factor drive to use 3D V-NAND. And in keeping with a premium high-end drive, the SSD 950 Pro will support PCIe 3.0 (x4) and the new NVMe protocol. The NVME interface was developed specially for SSDs and supersedes the older AHCI interface. Primarily, it reduces latency by promoting greater parallelism and allowing more commands to be executed simultaneously, which in turn increases drive performance. 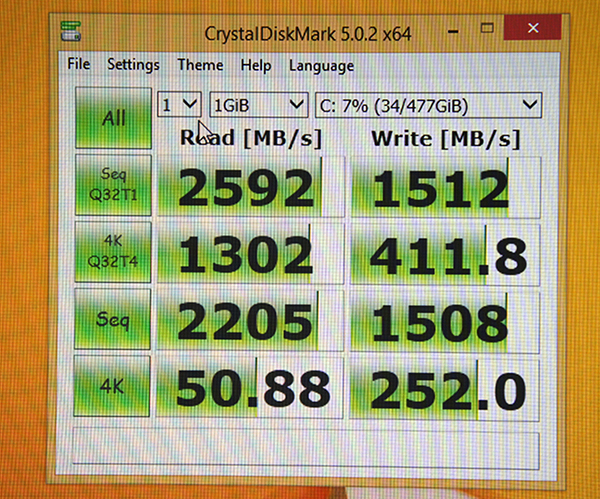 The 950 Pro uses Samsung's second-generation 128Gbit 32-layer 3D V-NAND architecture - similar to that used in the SSD 850 Evo, but in MLC flavor rather than TLC - and will be powered by the new UBX controller. This new controller has three cores and is running at about 500MHz. As befits a controller designed for a high-end drive, it also features eight NAND channels.

Previous Story
Alcatel Flash 2 soon to be available in PH for only PhP 6,190 via Lazada
Next Story
Volkswagen's clean diesel technology found to be fraudulent