Months after launching The Frame television, Samsung has unveiled another premium and ginormous TV named "The Wall," a 146-inch modular microLED TV at the CES 2018 in Las Vegas. 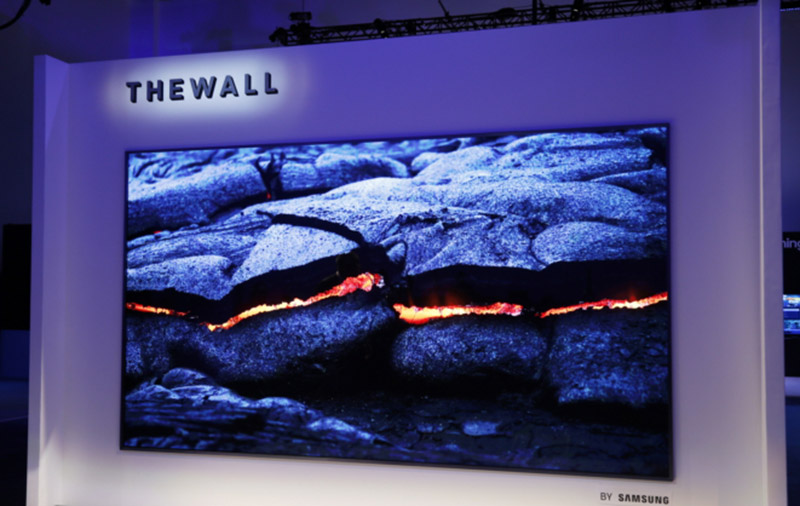 Touted as the world’s first consumer modular microLED TV, The Wall is based on micrometer (µm) scale LEDs, a different display tech compared to today’s LED-based LCD TVs and OLED TVs. Similar to OLED though, these LEDs serve as their own source of light, so the TV doesn't need a backlight, which is the primary reason why current LED-LCD TVs are so thick (especially full-array local dimming models). And since each LED can turn itself on and off, it can, in theory, give you infinite contrast, which again, is like OLED TVs.

Because of this microLED tech, The Wall also doesn't need any color filters. And it supports DCI-P3. According to Samsung, other benefits of this microLED panel include better durability and effectiveness, including luminous efficiency (up to 2,000 nits), the light source lifetime, and power consumption. All that said, it’s unclear if The Wall is a 4K TV. 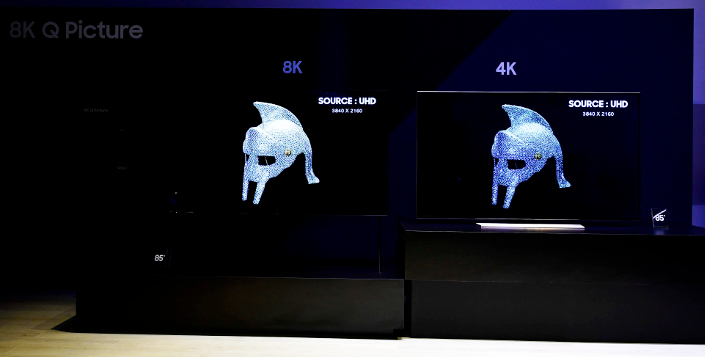 Samsung is also showing off a new 85-inch QLED TV at CES featuring an “8K AI technology”. In the company’s own words, this AI technology “upscales standard definition content to 8K resolution” by using “a proprietary algorithm to adjust screen resolution based on picture quality characteristics of each scene”. The Korean company says the set will go on sale starting with Korea and the U.S. during the second half of 2018.

Expectedly, Samsung’s 2018 smart TV lineup will also be presented at CES for the first time. We’ll look at them in more detail in a separate article when we’ve more info, but briefly, you can expect enhanced connection and convenience functions, including Bixby, SmartThings, and Universal Guide, as well as strong support for HDR10+ and 4K HDR gaming with low input lag.