Samsung Shifts its Focus from LCD to OLED Displays

Samsung Shifts its Focus from LCD to OLED Displays 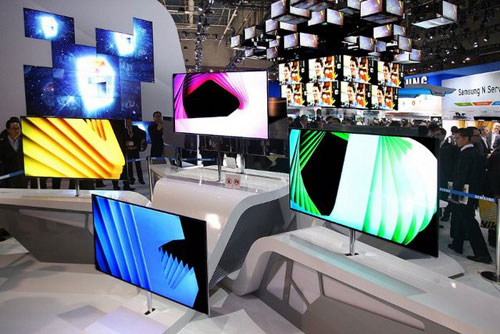 Samsung recently announced that it will shift its business focus from LCD to OLED displays. OLED panels are presently deemed as the next-generation panel mainly for their brighter luminance and extremely thin profiles. In a rather surprising move, flagging sales from Samsung's LCD business unit has compelled the CE giant to spin-off its liquid-crystal division into Samsung Display Company, as it is tentatively named for now.

According to Bloomberg's report, the spin-off firm (Samsung Display Co.) may merge with Samsung's Mobile Display arm in future, who specializes in OLED screens as well, to meet the growing demand for OLED displays. An analyst from Daewoo Securities Company, James Song, said that it would be a good decision by Samsung Electronics to combine similar businesses given that OLED screens are the long-term direction of the South Korean multinational conglomerate.

In retrospect, 2011 hasn't been a good year for major TV manufacturers, and that dismal trend may continue into 2012 if the climate does not improve. As mentioned in our recent article, Panasonic, Sony and Sharp Corp are expected to lose up to US$17 billion this year due to a variety of severe market causes. Samsung plans to spend 6.6 billion won on it display business this year, although they did not elaborate on how that amount will be divided among its display divisions, such as its LCD, OLED, and Plasma factions for instance.

Samsung also ended their LCD panel merger with Sony recently by acquiring all of Sony's shares for the S-LCD Corporation. Apart from LG, the OLED market is relatively free of competition at the moment, and this may provide some clues as to why Samsung would shift their gaze to OLED panels in order to keep their businesses afloat.