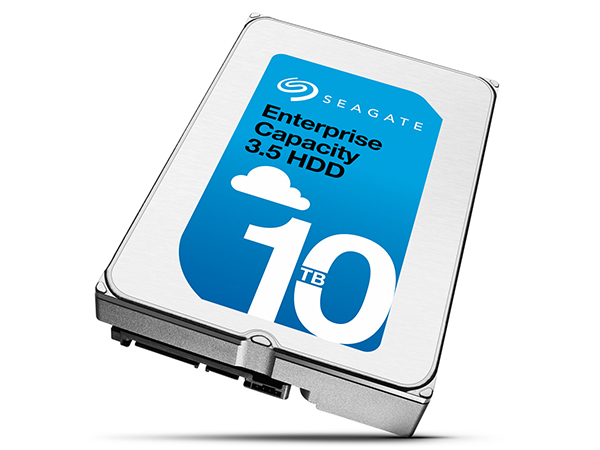 Seagate has announced its first ever 10TB helium-based hard drive for use in private and public data centers, finally breaking the awkward pause after HGST beat it to the punch with its own 10TB helium drive in late 2014.

However, it may not be the answer it may have been looking for (not yet anyway) as Seagate originally planned to eschew helium-filled drives in order to offer more affordable 10TB drives.

Instead, the new 10TB Enterprise Capacity 3.5-inch drive from Seagate seals helium into the drive to create a turbulence-free, quiet environment. And because helium is a lot less dense than air, this also helps decrease friction and resistance on the drive’s seven platters and reportedly delivers what Seagate claims is the industry’s lowest power-to-terabyte ratio and weight for a 10TB drive.

In addition, sealing helium into the drive allows manufacturers to create higher density storage, which is how both Seagate and HGST managed to pack seven platters into a 3.5-inch hard drive for higher capacities.

The Mean Time Between Failure (MTBF) is stated as 2.5 million hours, an improvement over the 2 million hours of Seagate’s non-helium-filled enterprise drives. The 10TB helium HDD is available in both 6Gbps SATA and 12Gbps SAS interface and is now shipping to select customers worldwide.