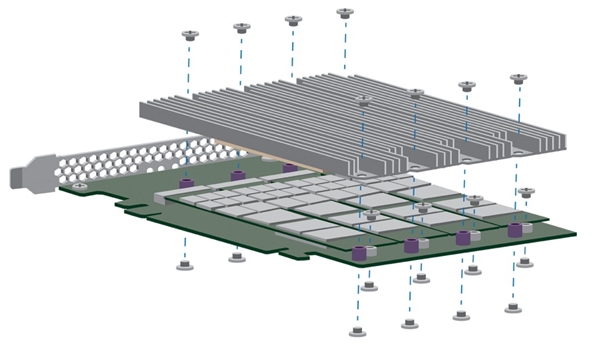 Seagate has announced its fastest-ever, enterprise-level PCIe SSD. The company claims their latest NVMe drive is capable of 10GB/s throughput, making it almost 10x as fast as the current crop of high-end PCIe SSDs! However, we do choose to believe that Seagate is referring to the sequential performance of the new drive. 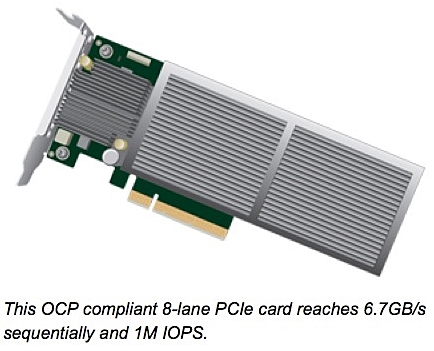 Hence, this new 10GB/s PCIe NVMe SSD is specifically design for enterprise use , “...such as large-scale cloud providers and web applications, weather modeling, or statistical trends analysis.”  The new drive supports up to 16 PCIe 3.0 lanes; Seagate also said that they are developing a second unit that supports up to 8 PCIe lanes and its throughput performance is still an astounding 6.7GB/s.

Seagate has also shown a render of the new 10GB/s drive and it comes with heatsink that provides passive cooling to the memory chips. The new drive is compatible with the specifications of the Open Compute Project; the demo unit will be shown at the upcoming OCP Summit in San Jose, California, United States, this weekend.