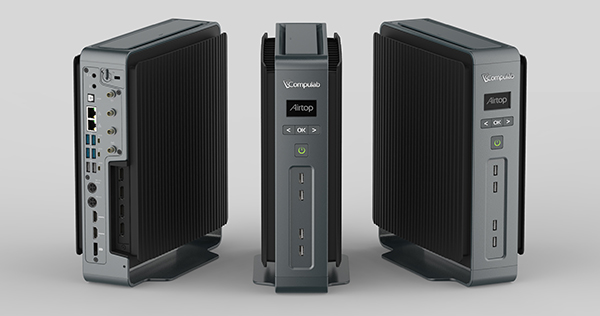 Powerful, small form factor PCs are hardly anything new, but fanless ones might still be something of a novelty. So when the Israel-based Compulab recently unveiled Airtop, a fanless desktop PC that is capable of dissipating up to 200 watts with no moving parts at all, we were fairly impressed to say the least. The Airtop is an absolutely quiet system, with the ability to house up to an Intel Core i7 processor and an EVGA GeForce GTX 950 SC+ Gaming graphics card.

Of course, that’s nowhere close to the power offered by a card like the GeForce GTX 980 in other actively-cooled compact systems, but it would be unreasonable to expect that class of components in a fanless system. Compulab probably chose the GeForce GTX 950 because of its relatively low 90 watt TDP. Furthermore, the card isn’t even that poor a performer – it’s tuned for MOBA games like Dota 2, but it is still capable of pushing playable frame rates on other more graphically intensive games, provided you run them at 1080p with the eye candy turned down.

Compulab says that all this is possible thanks to a patent-pending heat exchange system that reportedly stimulates airflow without requiring any moving parts. It highlighted something called natural air-flow (NAF) cooling, claiming that the Airtop’s 200 watt cooling capacity actually exceeds that of similar desktops with active cooling.

Furthermore, NAF technology supposedly scales according to volume, unlike conventional fanless cooling that scales with surface area. According to CEO Gideon Yampolsky, this means that the technology could potentially be scaled up more effectively, making it a solution for many real-world cooling problems.

Compulab is also releasing the 7.5L Airtop in two other configurations, as a workstation and server system, or the Airtop-W and Airtop-S respectively (the gaming setup is called the Airtop-G).

Compulab has intended for the Airtop to be easily upgradeable, with features like tool-free opening, easily detachable hard drives, and quick access to the memory modules and expansion cards. 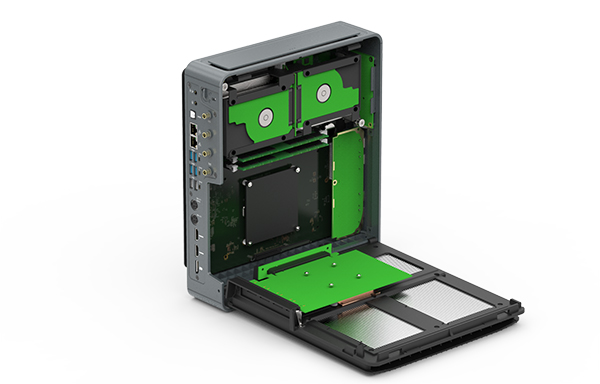 The available SKUs and their prices are listed below:

Samples are now available for reviewers and select business customers, and Compulab is accepting pre-orders for the non-barebones models starting this quarter.