Still at the Cyberzone of SM North EDSA, new player SKK Mobile has kicked off a month-long sale that started on August 1 and will last until September 1, 2013. Under the campaign dubbed as "Android Frenzy," SKK Mobile will offer its smartphones and tablets at discounted prices or bundled with freebies like feature phones. The "Android Frenzy" program is ongoing in all SKK Mobile dealers, kiosks, and stores nationwide. For interested parties, scroll down to see what is in store for you. Click each image to enlarge. 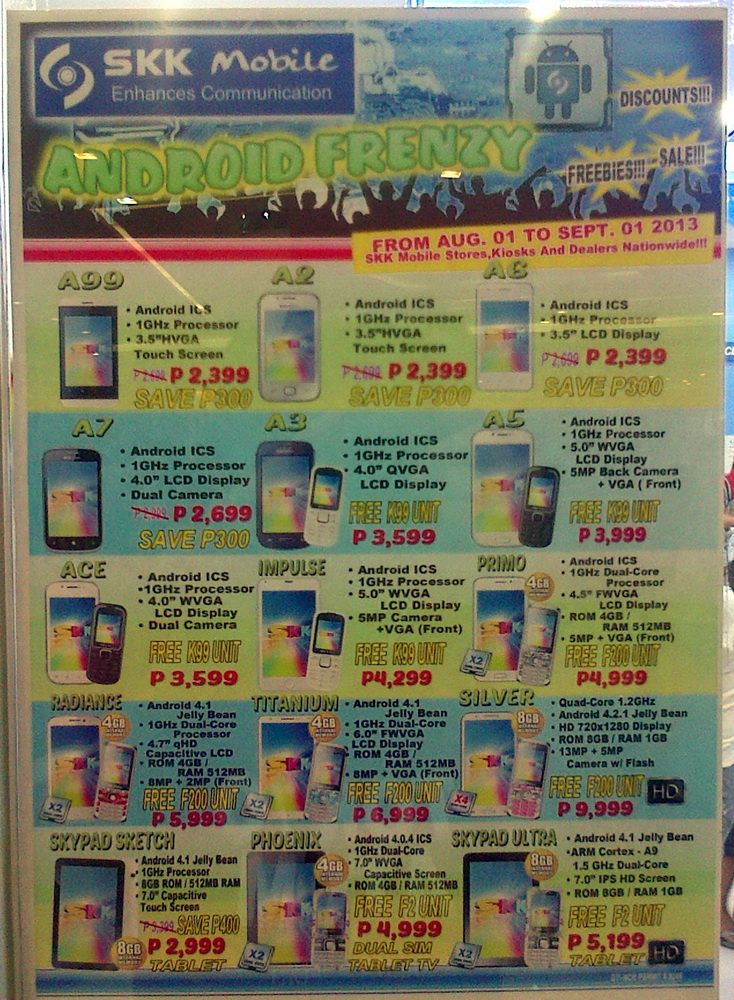 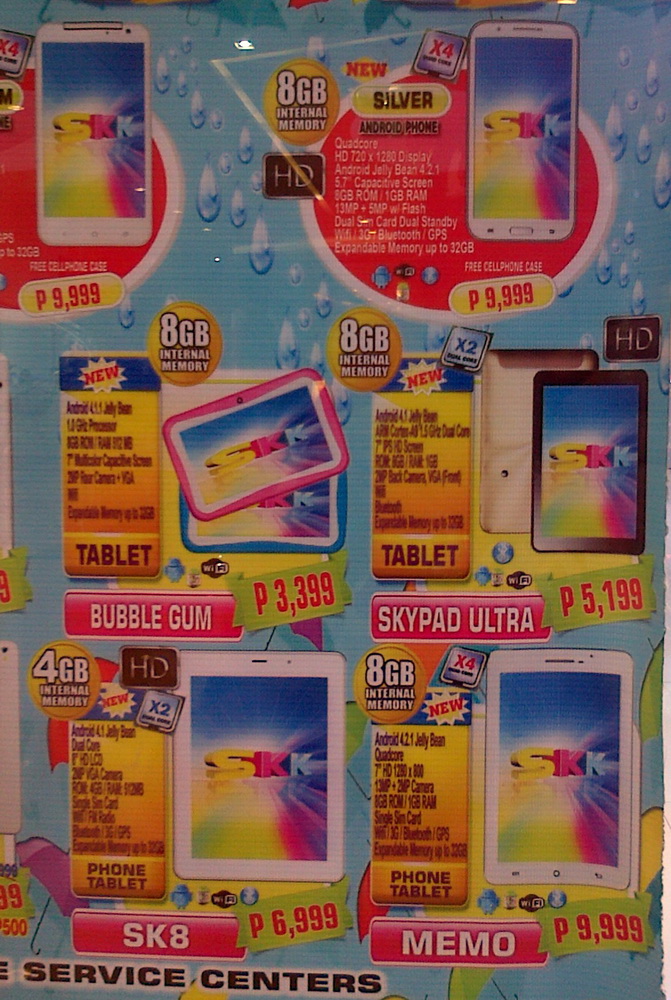 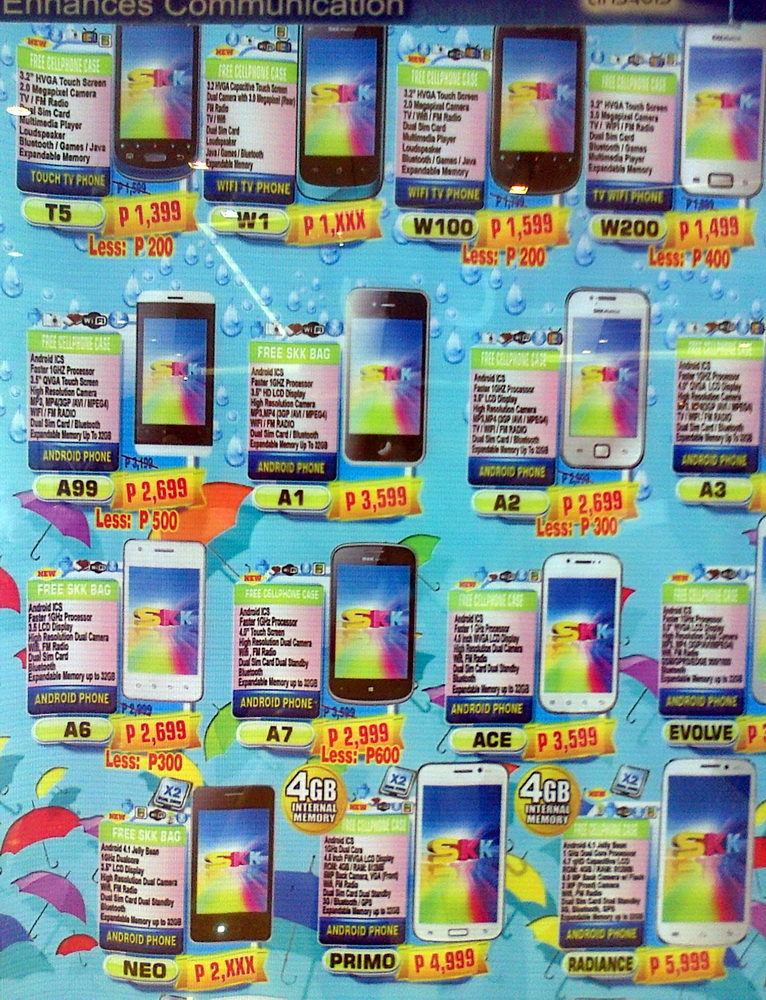 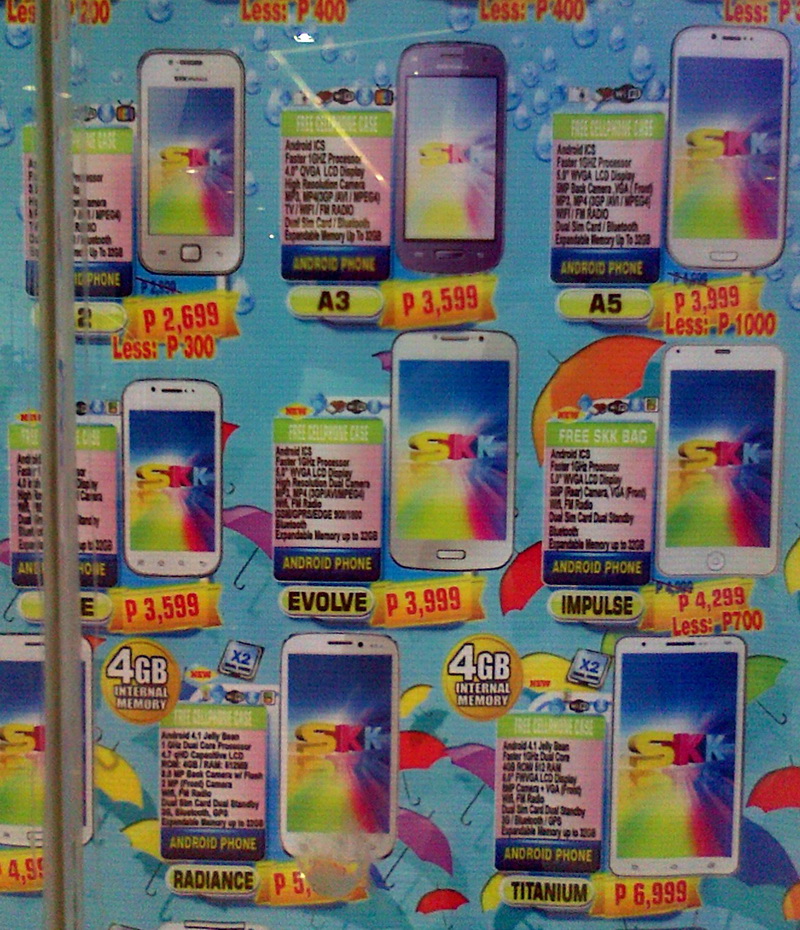 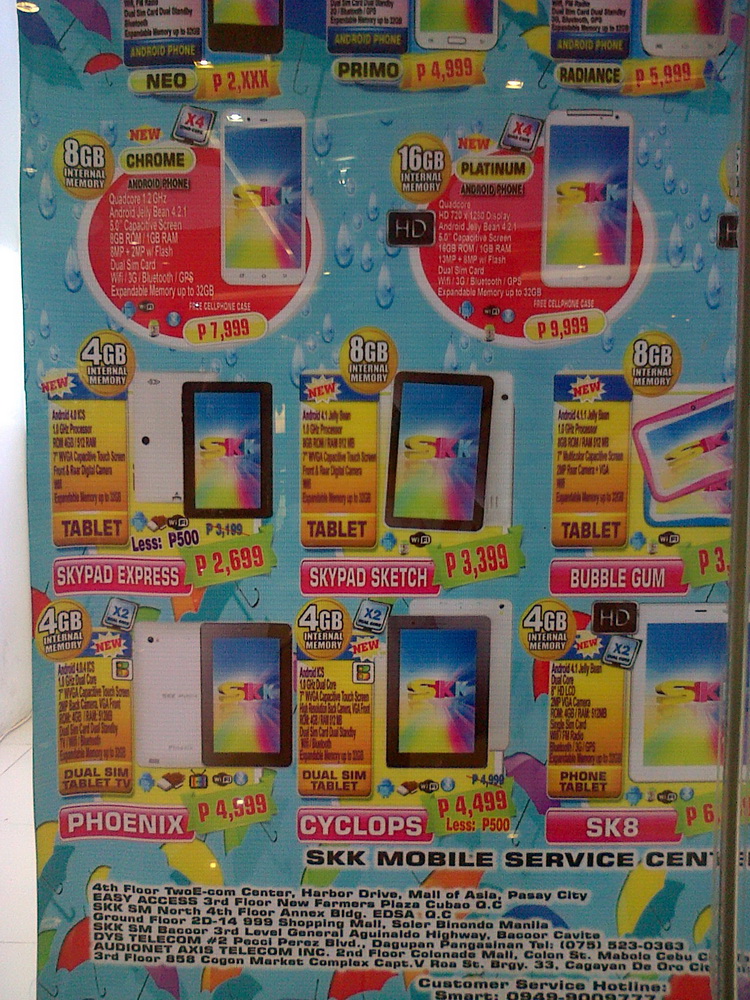