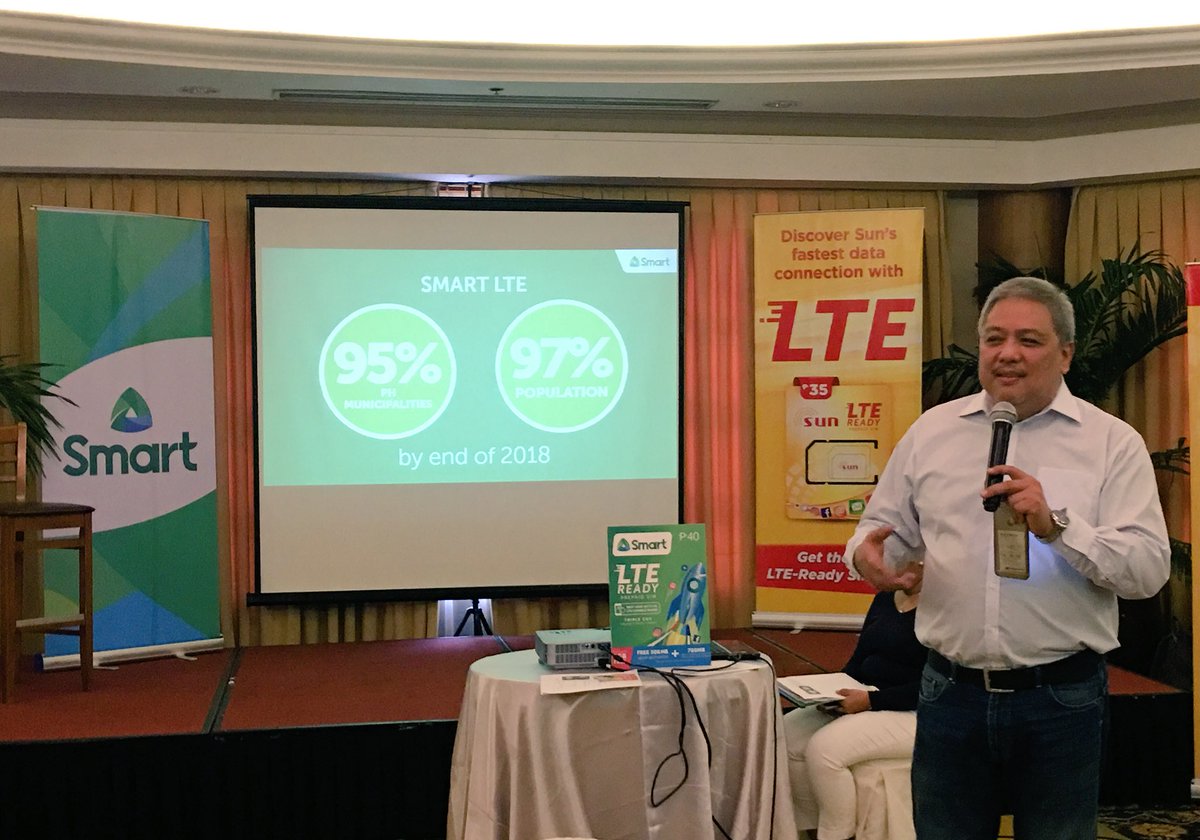 Smart Communications, the wireless subsidiary of PLDT, is upgrading its cell sites in Marikina and Quezon City starting this month as part of the telco company's network expansion and modernization program.

The upgrade is poised to improve Smart’s mobile data service, particularly LTE and 3G, and provide the superior capacity to customers who live and work in the said cities. This program is done to minimize disruption or degradation of services in the affected areas.

“By continuously upgrading our networks, we are leading the way toward improving Internet and digital services for Filipinos,” said Mario G. Tamayo, PLDT and Smart Senior Vice President for Network Planning and Engineering. “We are doing a lot of work in our facilities so please bear with us as we execute this. From the work that we’ve already completed, our customers are already reporting much-improved LTE and 3G experience. They will enjoy progressively better mobile data services in the next few months, particularly for those using LTE devices.”

“We are doubling the number of our LTE equipment in Marikina and Quezon City, and expanding support for 3G as well.  By the end of our upgrades, we expect to improve the coverage of our 700MHz and 1800MHz frequencies in the area, which will widen and improve indoor coverage, as well as increase each cell site’s capacity to handle more calls, texts, and data traffic,” added Tamayo.

With the upgrading of cell sites, Smart is also committed to ramping up its massive LTE rollout because the all-IP network delivers the superior experience for users, particularly for the use of data connections. It can also be quickly upgraded to LTE-A which can provide even faster speeds and greater capacity for subscribers who are using LTE SIMS on the LTE-capable handsets.

The rollout program has previously taken place in the country’s top urban hubs Metro Cebu and Metro Davao, the island resort of Boracay, and Rizal Province. It is currently underway in Metro Manila.

This movement has shown signs of improvement which lead to them being cited recently by the wireless research company OpenSignal by having the fastest in the country with 10.6Mbps.

Furthermore, the telecommunications service provider also encourages its customers to upgrade to LTE SIMs and working with top device makers to have more LTE phones available in the market.

This comprehensive network modernization and expansion program is part of PLDT group’s digital pivot core programs, with Smart’s network rollout taking a big bulk of PLDT’s ramped-up capital expenditure program of PhP 42.8 billion for 2016, including the utilization of the new frequencies freed up with the acquisition of the telco assets of the San Miguel Corporation.