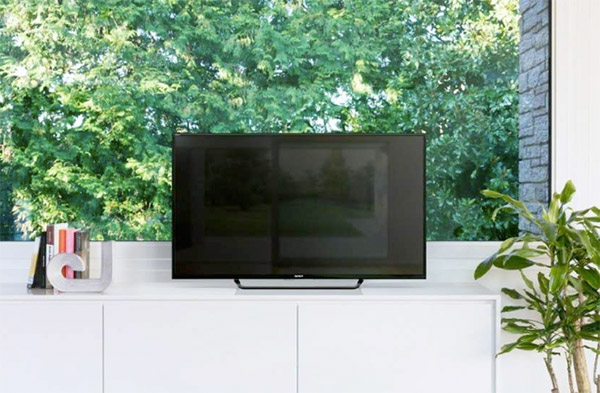 Both the X8000C (available in 49 and 55-inch) and S8500C (available in 55 and 65-inch) are equipped with a host of Sony proprietary TV tech, such as a 4K Processor X1 chip and 4K X-Reality Pro upscaling engine. And since both are running Google’s Android TV operating system, you’ll have access to the Google Play store and its wide range of content, from movies and TV shows, to games and videos. In addition, Google Cast allows you to cast movies, YouTube videos, games and photos from your mobile devices onto the TV easily. The X8000C also supports Voice Search, which uses voice recognition technology to automatically retrieve whatever you’re looking for.

In the audio department, both the X8000C and S8500C supports ClearAudio+, which fine-tunes your audio content to achieve the best possible sound. Sony claims that even low quality audio (e.g., MP3) can be upscaled to near high-resolution through the DSEE (Digital Sound Enhancement Engine) technology.

The Sony Bravia X8000C and S8500C will be available in selected Asia Pacific countries from September onwards. We’ll update this page once we’ve the local pricing. 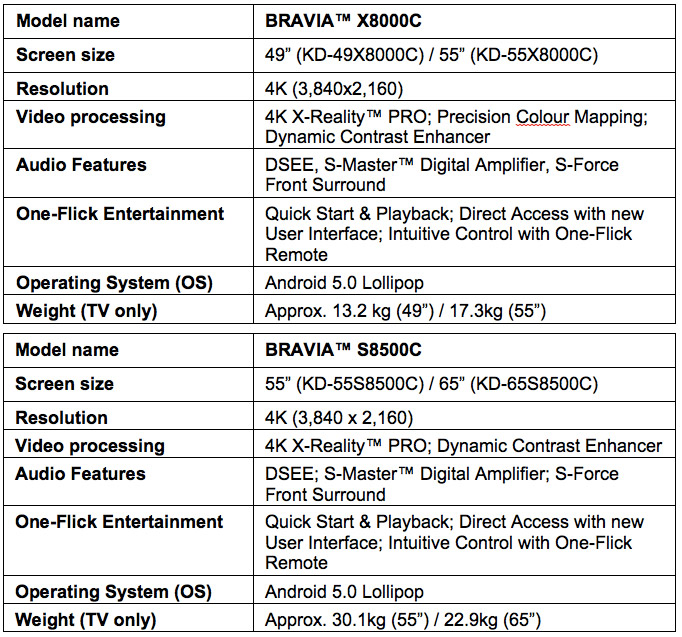