Sony Gives a Glimpse of PlayStation 4 at E3 Conference

Sony Gives a Glimpse of PlayStation 4 at E3 Conference 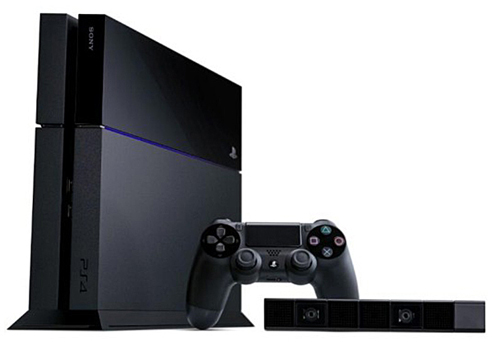 Gamers know almost everything there is to know about the new PlayStation 4. Sony's next generation console is going to come with an AMD Jaguar processor, a 1.84 TFLOPS AMD GPU, 8GB of GDDR5 RAM and a 6x Blu-ray drive. But what we did not know was what the product itself would look like. Until now.

Sony had let slip a few glimpses and hazy shots of the device in a teaser video previously and now at their press conference for E3 2013, Sony has unveiled the aesthetics of the PlayStation 4. The sandwiched look is somewhat similar to the Xbox One's do, but seems to overall be slightly more angular. The bisecting blue line also breaks the monotony of the black color scheme.