“Getting brand fans to enjoy powerful, punchy bass sounds with our products through this first-ever Extra Bass mall tour is part of the Sony mission to bring the best music experience closer to consumers,” Nobuyoshi Otake, President and Managing Director, Sony Philippines, said. 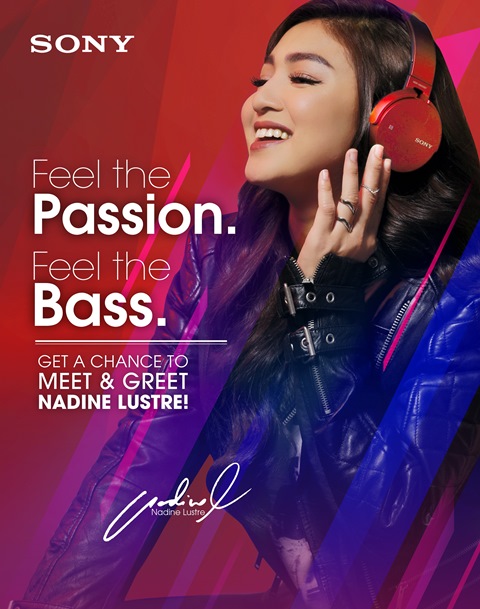 Including interactive displays, fun activities, and some on-ground contests, the first stop of the mall tour will be at the Event Center of SM Megamall on February 11 to 12, 2017. To officially kick-off the mall tour, Sony will hold its Extra Bass Dance Challenge, a hip hop dance competition that will include up to 15 collegiate-level dance groups who underwent auditions prior to the event.

Fans can also design their own headphones, experience the series, and enjoy several DJ and dance group performances at the Activity Center of TriNoma on February 24 to 26, 2017.

With Sony’s surprise, catch the last leg of the tour at the Eastwood Mall Atrium on March 12, 2017, with a special appearance and performance from Sony’s ambassador Nadine Lustre.

Also, Sony recently launched its “Feel the Passion. Feel the Bass,” promo that provides consumers a chance to win and join the meet and greet with Nadine. Every single receipt purchase of any Sony Extra Bass products at participating Sony Centers and authorized dealers nationwide from February 1 to 28, 2017 entitles the customer to one e-raffle entry for the promo.

Winners will be announced and notified on March 3, 2017 where five lucky individuals will get one VIP seat during Nadine’s stage performance, backstage pass to the meet and greet with her and some premium item giveaways.