Sony’s newest power bank works at near max capacity even after 1,000 charges

Sony’s newest power bank works at near max capacity even after 1,000 charges 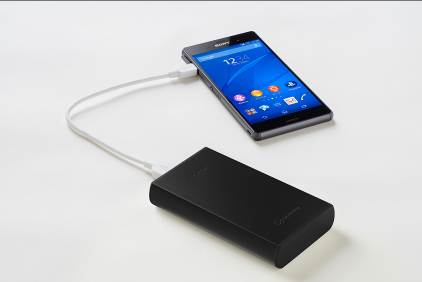 If you’re no stranger to lithium-ion power banks, you’ll also be familiar with how quickly some of these boosters can degrade, thanks to natural cell oxidization that causes the charge to be a fraction of its stated capacity over time. Sony’s latest portable charger seeks to address that with their specially treated lithium-ion CP-S15 Portable Charger.

The power bank has Sony’s Hybrid Gel Technology, which secures minimal capacity loss with repeated charging and discharging. Sony claims that the CP-S15 Portable Charger will still retain 90% of its maximum stated capacity, even after charging the power bank up a 1,000 times for use. For safety, the CP-S15 comes with a safety timer and temperature monitor.

Functionality-wise, the 15,000mAh power bank is quite simple. It comes with two USB output ports, and it has a maximum fast-charging output of 3.9A when both USB ports are in use. It also supports pass-through charging, giving it the ability to be charged by an AC supply while it charges two other devices connected to it (handy, since you can use one wall socket to charge all three things at once). On its own, it can supply juice to devices for 140 minutes (on 3.9A, with both USB ports in use).