Consumers’ entertainment experience with their smartphones and tablets would not be complete without good audio quality. In the case of Xperia users, Sony is addressing the need by rolling out its new Bluetooth- and NFC-enabled portable speaker systems, part of which is the SRS-BTS50. Sony officially launched this speaker along with the WH series Walkman music players at Glorietta 2 in Makati City.

The funky and sporty SRS-BTS50 is a wireless portable speaker that supports both Bluetooth and NFC wireless standards. With the SRS-BTS50 being equipped with NFC, it can establish connection a connection with an NFC-enabled handset with just a tap and play music wirelessly. Portable and compact, the SRS-BTS50 can easily be stored inside a backpack or attached to a carabiner.

The Sony SRS-BTS50 consists of two 39mm drivers, has a total output power of 5W, and can last up to ten hours after three hours of charging. Available in blue, black, pink, and white, the SRS-BTS50 sells for PhP 6,999.

Scroll down to view more details shots of the Sony SRS-BTS50. 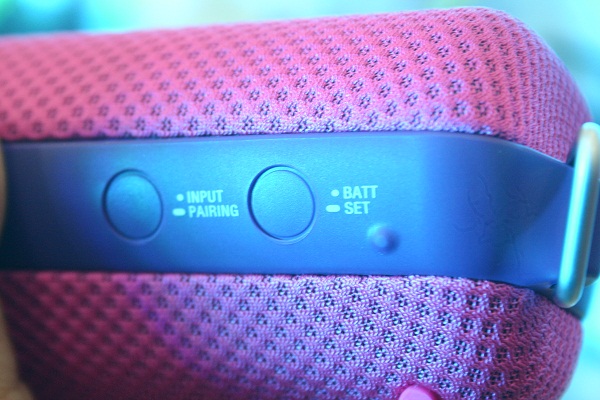