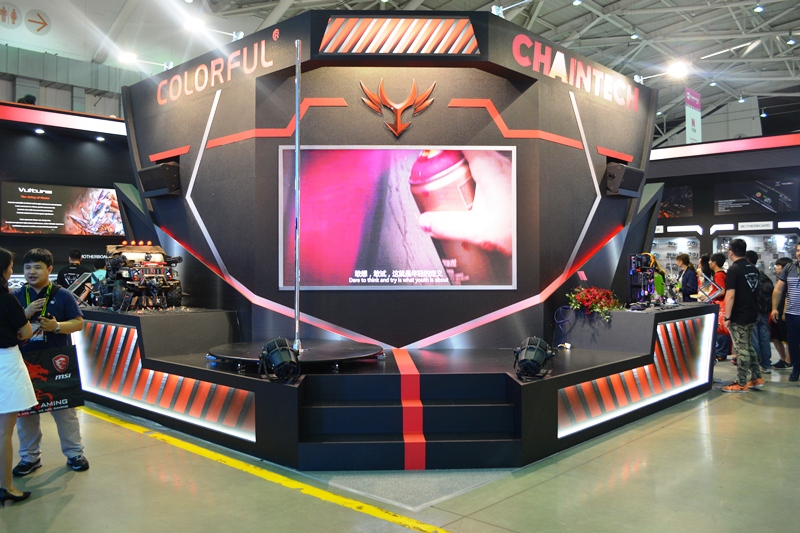 China-based PC hardware manufacturer Colorful made an aggressive presence at Computex 2017. As a matter of fact, aside from being one of the exhibitors this year, the company was also one of the key sponsors of CyberMods24Hrs, a PC modding event backed by the Taiwan External Trade Development Council (TAITRA) and international PR firm Cybermedia. 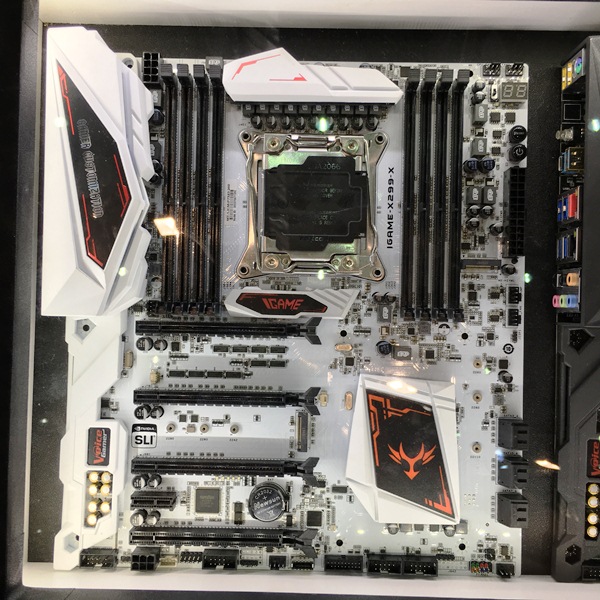 Visiting the Colorful exhibition area, it was noticeable that it also carries the name Chaintech, Taiwanese PC hardware maker. We had a number of features and reviews about Chaintech prior to 2010. Eventually in 2012, Colorful and Chaintech entered into a strategic partnership, according to the latter's website. 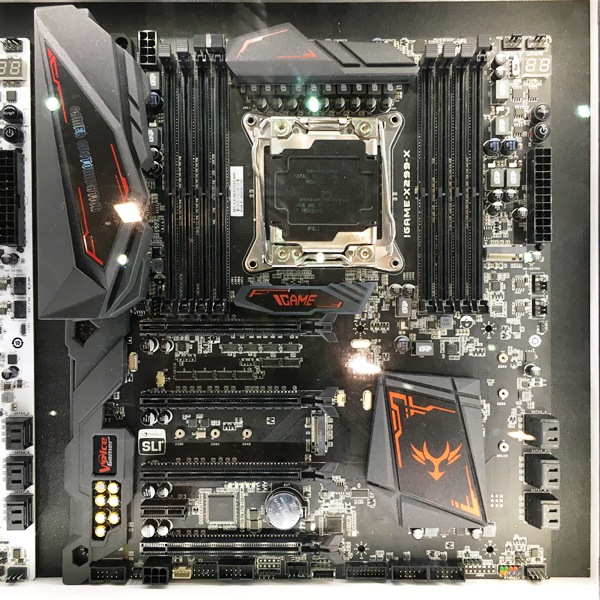 Outside its native China, the Colorful brand has presence in Europe and, as a matter of fact, has a dedicated website for that region. Speaking with one of their representatives, Colorful hinted at penetrating the Philippine market. As an opening salvo, the company will be present at this year's Electronic Sports and Gaming Summit (ESGS) which is set to happen in October. 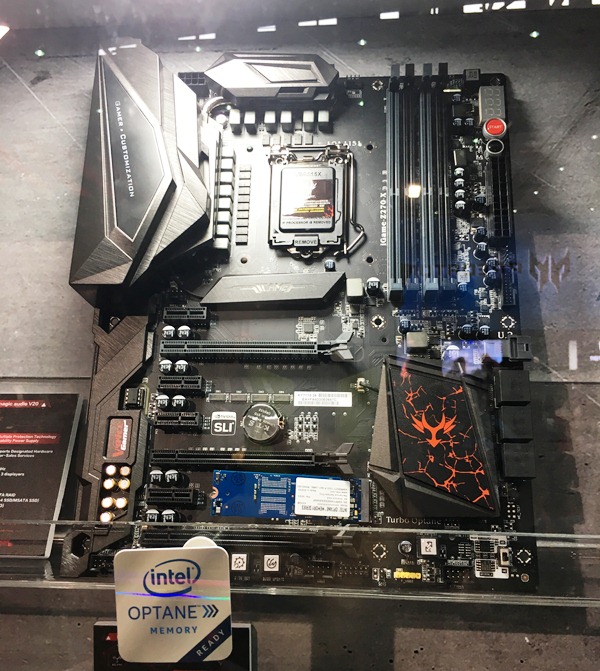 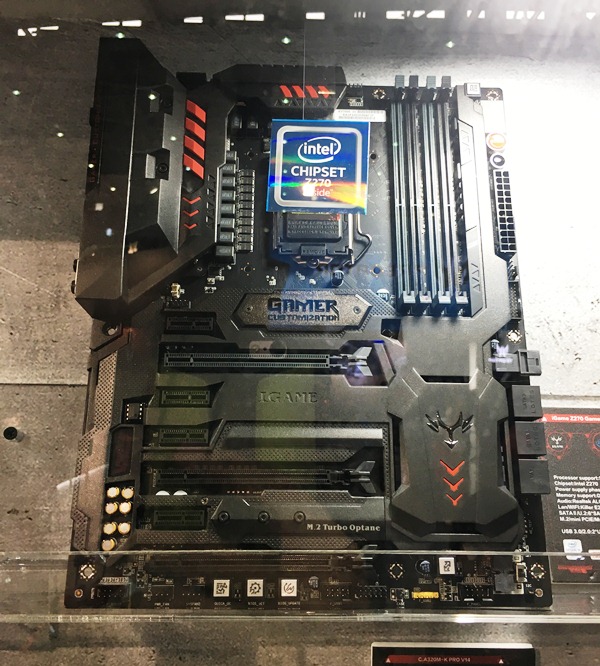 Giving us an idea on what to expect from them once they officially entered our area of responsibility, the folks at Colorful gave us a tour inside their booth at the Nangang Hall.

Our first stop was at the motherboard section where the hero product is the iGame X299-X. Noteworthy, the board comes in two PCB colors: black and white. Similar to most Intel X299 boards that we encountered, like the ones from ASUS, ASRock, Biostar, Gigabyte, and MSI, Colorful's rendition comes with two sets of four DIMM slots. Slots for expansion include four PCIe 3.0 x16 and a PCIe 3.0 x1. For internal and external storage, the board integrates six SATA 6Gbps, USB 3.0, USB 2.0, and an M.2 connector.

Other Intel-based boards present at the booth carry the the current Intel Z270 chipset: the iGame Z270 Ymir-X and the iGame Z270 Gamer Customization. The two boards are notable for their distinct armor. 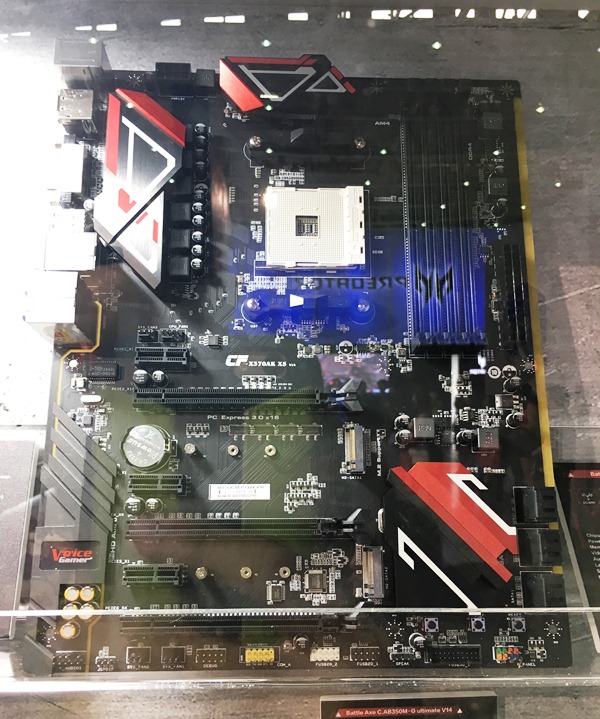 Colorful's AMD-based motherboard line is primarily represented by the Battle Flag C.X370AK X5 V14 which comes with four DIMM slots and five PCIe 3.0 slots (one x16, one x8, and three x1). It is also equipped with six SATA 6Gbps and two M.2 slots. 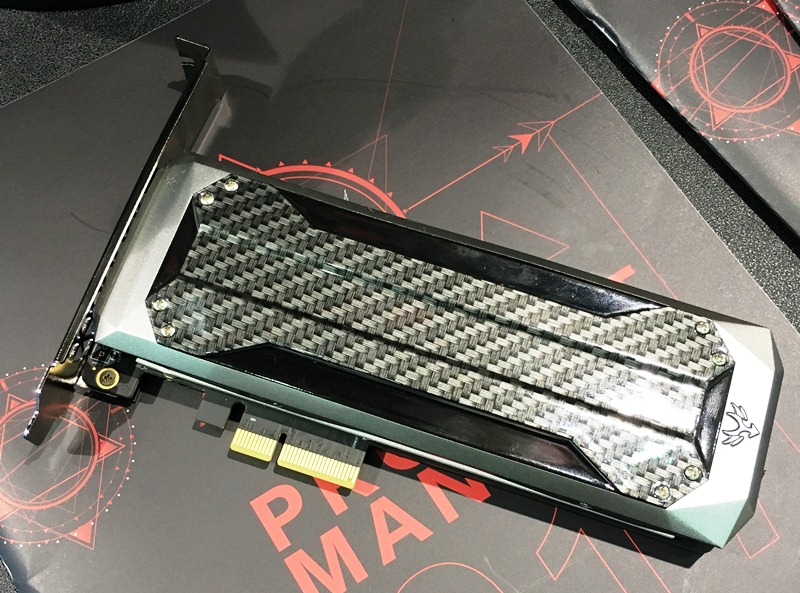 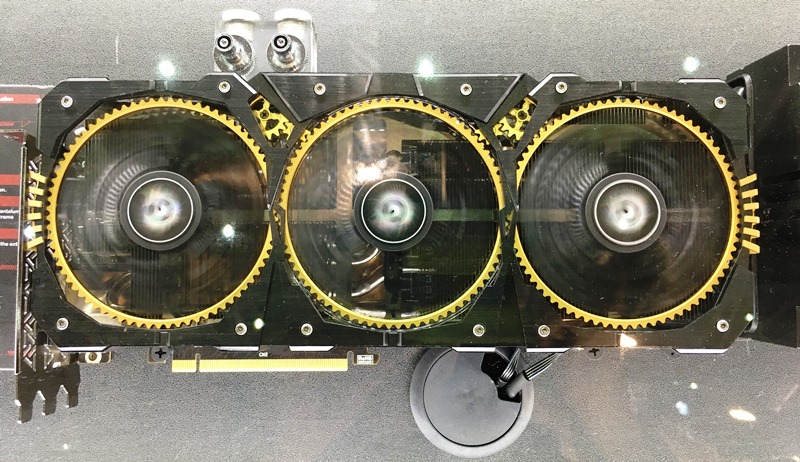 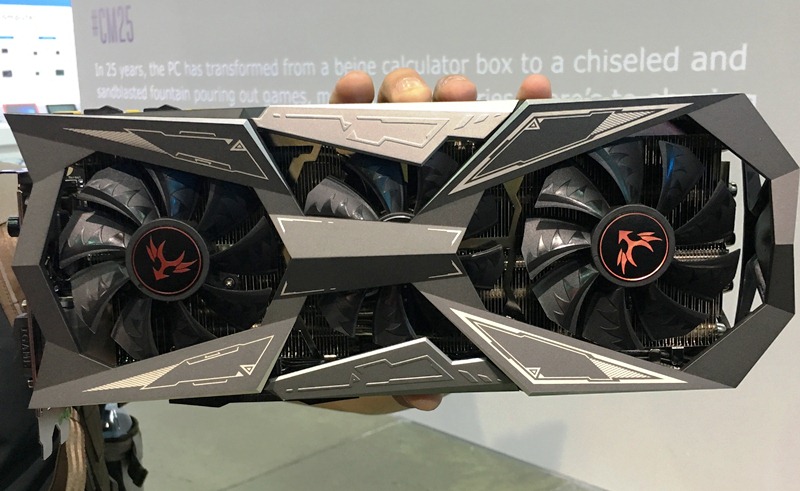 Beneath its aggressive styling, the Vulcan X OC also comes with tantalum capacitors with air cooling backed by "sickle saw" fans for efficient heat dissipation. Memory and GPU specifications are the same as those of the Kudan, except that its boost GPU clock is rated at 1620MHz. 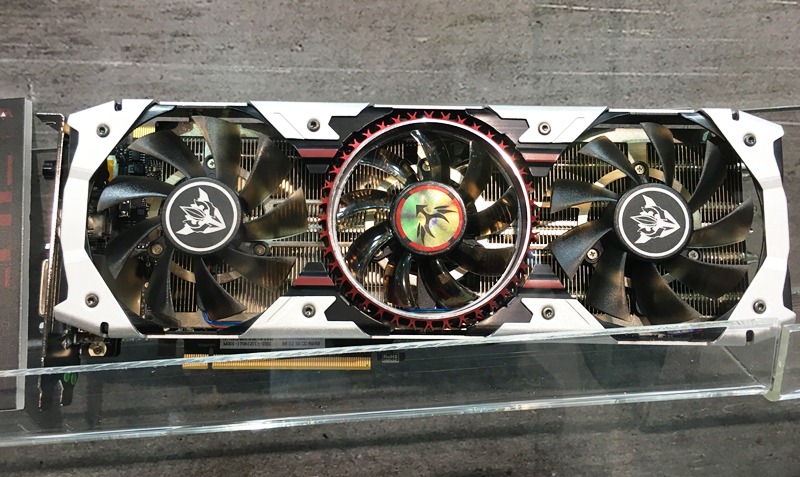 For the fans of RGB lighting, the Vulcan AD is an ideal choice, which also comes with Colorful's very own Silver Shark cooler, consisting of 9cm fans. Its boost GPU clock is 1594MHz.