Spotify picks out Google over Amazon for its cloud services

Spotify picks out Google over Amazon for its cloud services 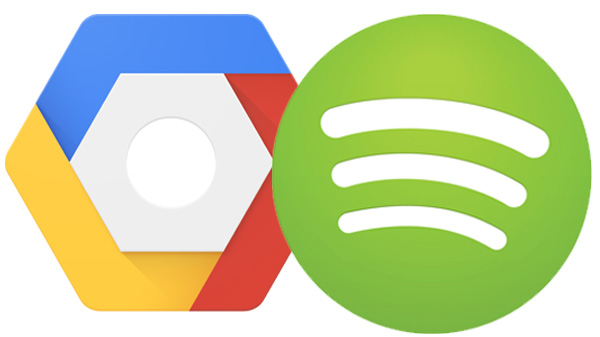 The benefits of cloud computing are numerous. For starters, you don’t have to own or maintain your own equipment, and you also can gain access to a lot more computing power from the network than you would be able to muster from your own resources. However, that wasn’t always the case, especially in the early days, which is why Spotify has resisted moving its services to the cloud till now.

Quality, reliability and price were big concerns, but that has now changed and Spotify has already moved about 250,000 of its 20 million subscribers onto Google’s cloud services, with plans of moving its entire service over within the next 18 months.

According to tech research firm Forrester, the market for cloud services is set to grow to US$191 billion by 2020. Small wonder then that Amazon believes that cloud computing could one day bring more revenue to the company than its e-commerce empire.

In Q4 2015, Amazon’s cloud services generated some US$2.41 billion in sales, a 69% increase over the previous year. That translates to US$9.6 billion a year, and Google says that in ten years, its cloud services could generate more income than its online ads. That’s a phenomenal amount given Google is easily the world’s largest online advertising company.

In that aspect, Spotify is certainly a worthy prize for Google, as their services certainly demand a level of reliability and performance (not to mention the scale). Having such a high profile client to its list would definitely help sell its services later.

On its end, Spotify is looking to benefit from the “sophistication and quality of Google’s data offerings”, and will be counting on Google’s data processing tools like BigQuery and Datapro to further enhance its music matching and content delivery services.