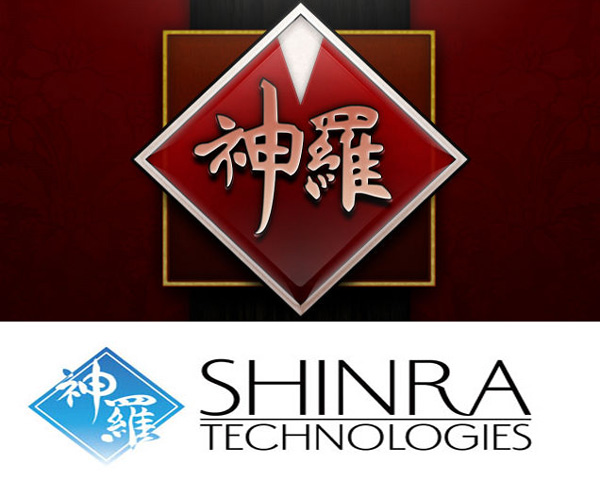 If you're a fan of Final Fantasy VII, the name Shinra (as in the Shinra Electric Power Company) will undoubtedly conjure up images of genetic manipulation, experimentation and all sorts typical evil corporation stuff. On the other hand, if you're a fan of Final Fantasy X-2, you'll know Shinra as a genius Al-Bhed kid who helps out YuRiPa and serves as a mechanic on the Gullwing.

Square Enix introduces a third meaning to Shinra, in the form of the cloud gaming platform company, Shinra Technologies. While the company's been around since earlier this year, it's only recently that Square Enix's lifted the veil of secrecy regarding the new company.

Shinra Technologies was founded on the fact that sooner, rather than later, performance won't increase in proportion to cost. It basically means, as technology gets better, the improvements become less noticeable, but more expensive.

An easy way to look at it is the leap from 2D graphics in the Mega Drive and SNES to the 3D ones found in the Sega Saturn and Playstation. They were just one generation apart but the leap in technology was easily visible. On the other hand, the leap between the Playstation 3 to the Playstation 4 is nowhere near as visual. Shinra Technologies sees that as a dead-end street, so they're pursuing cloud computing instead.

Shinra Technologies is aiming to the the premiere cloud based platform for gaming and to that effect, the company is vigorously pursuing technologies that can help make that goal a reality. Square Enix and Shinra envision a future where games are played on the cloud, instead of on a local PC, console or portable. Shinra is device agnostic, it's functional on any platform that can run its client program. It doesn't require special hardware, only a blazing internet connection to ensure optimal gameplay performance.

The company's services are already live and online in Japan, with trials underway in selected parts of the US. Like other streaming services though, there's still no word if Shinra when (or if) will make it to our part of the world. Maybe they'll make their way here faster if we had Mako energy?

Previous Story
Will there be a mini variant of the Samsung Galaxy S6 in August?
Next Story
Chrysler to pull out 1.4 million vehicles after video shows a Jeep Cherokee being hacked