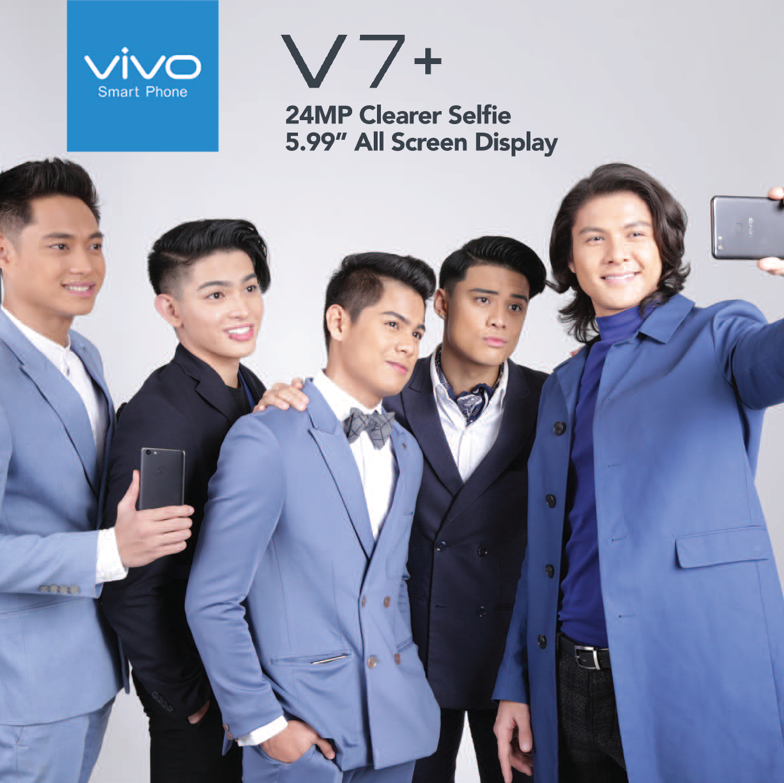 The Vivo V7+, Vivo’s latest flagship smartphone, offers the key feature that symbolizes its mission of empowering self-expression of the next generation.

Vivo’s current offering, also known for being the fastest-selling smartphone recently, boasts a powerful 24-megapixel front camera which also has an LED flash, and smart photography algorithms for a much-stepped up selfie game with clear, sharp, and natural-looking photos. These photographic capabilities are matched with a 5.99-inch all-screen display with an 84.4% screen-to-body ratio that gives one a more exciting and enhanced visual experience.

The V7+, together with Vivo's other smartphones, has been one of the notable choices for the Philippines, a country that has a population known for being obsessed with selfies.

While the camera being a standout feature in the V7+, the phone also houses an octa-core Qualcomm Snapdragon 450 SoC coupled with 4GB RAM and 64GB of ROM that can be expand up to 256GB so that one’s huge collection of pictures is safe and secure.

Aside from these, the dual-SIM Vivo V7+ is equipped with premium features which include a special security that unlocks the phone with mere facial recognition, Funtouch OS 3.2 based on Android 7.0 Nougat, and Smart Split 3.0 where it allows users to check their messages, mails, and other things without interrupting the other current running app.

Hailing from Vivo, a brand recognized as the fifth Leading Global Smartphone Brand in 2016-2017, the V7+ is available at Lazada, Argomall, and all Vivo concept stores and kiosks for only PhP 17,990, and it comes in Matter Black and Crown Gold colors.

Previous Story
Celebrate and be in high spirits at Robinsons Selections this October!
Next Story
Check out ASUS’s latest bang-for-buck Zenfone 4 Selfie Lite for only PhP 7,995!