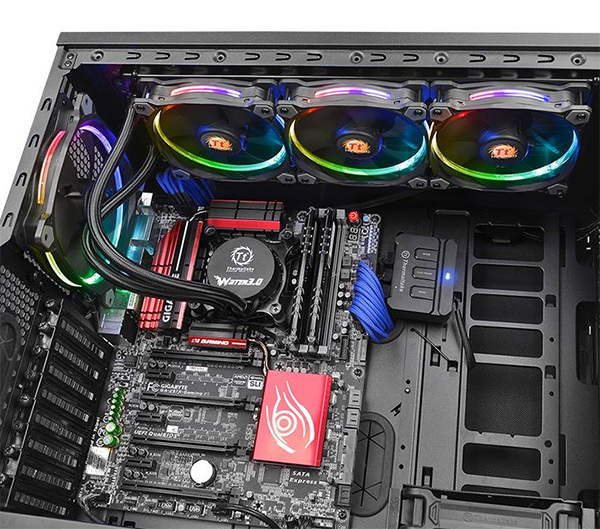 Thermaltake has just announced its new Water 3.0 Riing RGB AIO series of coolers, complete with RGB-illuminated fans for a bit of aesthetic flourish.

Regardless of what you may think of RGB lighting, PC manufacturers are wasting no time in capitalizing on what they see as one of the most popular trends in the DIY market. From MSI’s Mystic Light to the ASUS Aura motherboards, component manufacturers are making it easier to dress your system in your favorite color (or colors).

The Water 3.0 Riing RGB AIO coolers are available in 240mm and 360mm (much like the Water 3.0 Ultimate) variants, and include Thermaltake Riing 12 LED RGB radiator fans that are designed to deliver high static pressure for pushing air through the radiator fins. The LED ring that circles each fan can deliver up to 256 different colors. 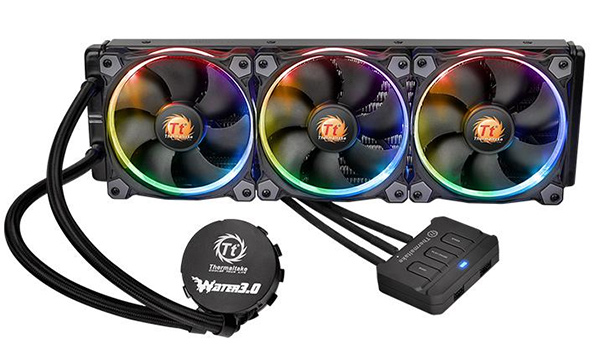 The Riing 12 LED RGB fans can also be purchased separately, so you’ll have the option to add more fans for a push-pull configuration. They use hydraulic bearings and come with built-in anti-vibration mounts for quieter operation. They are also rated to operate up to 1,500RPM in standard mode and up to 1,000RPM in low-noise mode.

Five LED modes are supported, including the option to display solid red, blue, white, green, or cycle through all 256 colors. There’s also the option to disable the lights entirely if you aren’t quite feeling it. The included smart fan controller comes with three buttons – Speed, Play/Pause, and Mode – that allow you to quickly lower the fan speeds for less noise, cycle through all 256 colors and lock it at your preferred one, or just toggle between the different modes. 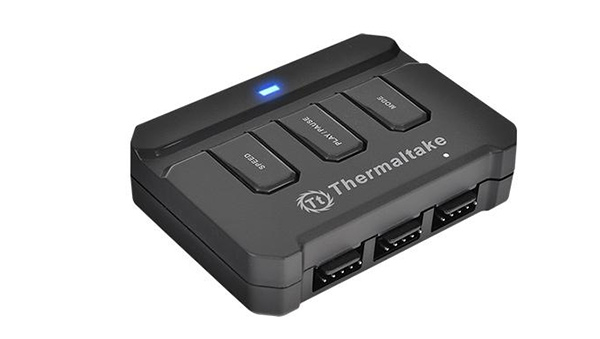 The radiator itself is 27mm thick, and the fans add an additional 25mm to that, so be sure to check that you have enough clearance in your case to install it.

There’s no word on price and availability yet.