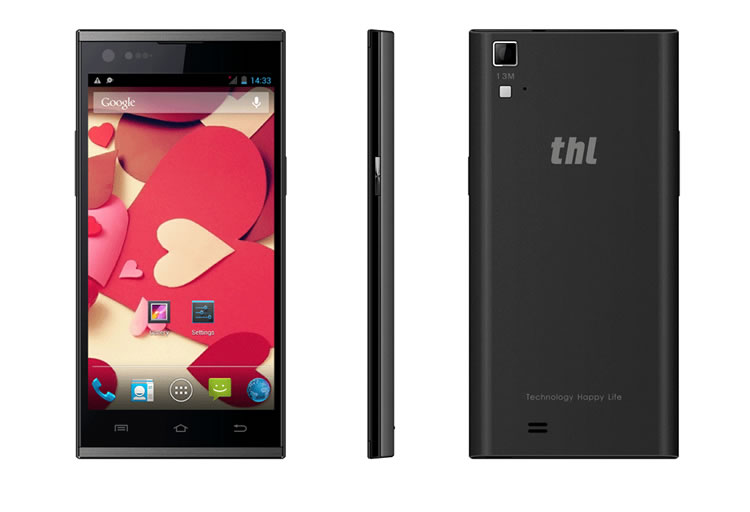 Hyped as the world's first true octa-core platform, MediaTek's MT6592 was launched in November last year. Less than three months after its announcement, smartphones equipped with the MT6592 started to emerge in the market. One of these devices is the T100 Monkey King II (also known as T100s Ironman) from Chinese company Technology Happy Life (ThL).

A smartphone locally carried by NOVO7Tech, ThL's T100 Monkey King II was actually "soft launched" in the Philippines last December. On the outside, the phablet features a 5-inch Full HD (1920 x 1080) display with a layer of Corning Gorilla Glass 3 for protection. It has two cameras, one on the back and one on the front, both of which have 13-megapixel rating. However, as the one on the back serves as the main camera, it is more advanced in specifications, employing a Sony 5P blue glass lens filter with f/2.0 aperture, LED flash, and is capable of recording Full HD videos.

The ThL T100 Monkey King II costs PhP 16,000 and is available through Novo7Tech. Other octa-core phablets that were launched recently include the Cherry Mobile Cosmos Z2 and the Starmobile Diamond X1.