Celebrating its 9th year of operations, local brand Torque Mobile has unveiled five new devices comprised of two new tablets and three new smartphones, all of which are priced under PhP 5,000. 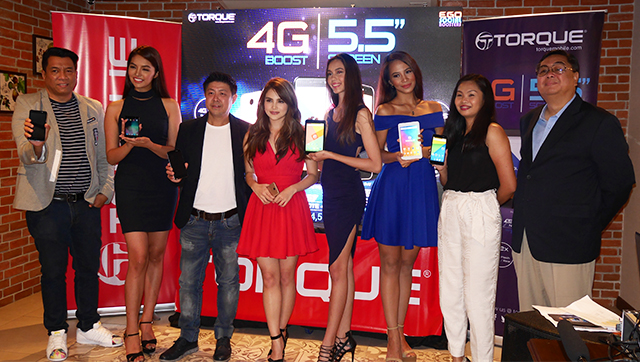 “In our 9th year, it’s equally challenging and exciting. It’s exciting in such a way that we’re developing new products and new technologies to further enhance the Filipino way of communicating. For this 9th year, what we actually agreed on is that we wanted to focus still on the product DNA of Torque,” said Chris Uyco, Torque CEO and President at the media launch yesterday. 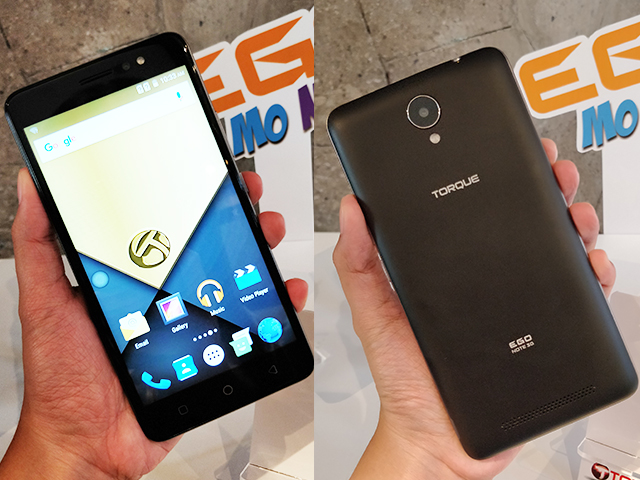 The Torque EGO Note 3G, as the name suggests, is a 3G-enabled 5.5-inch HD dual-SIM smartphone topped with 2.5D curved glass. Beneath is a 1.3GHz quad-core processor with Mali 400 GPU complemented with 1GB of RAM and 8GB of onboard storage expandable up to 32GB. In terms of its shooters, the device has an LED flash for both its 8-megapixel back camera and 5-megapixel front snapper.

An upgraded version of its sibling, the EGO Note 4G carries almost the same set of features as the EGO Note 3G, except this device supports 700MHz LTE connection and runs on Android 7.0 Nougat OS. It flaunts a 5.5-inch HD IPS display with 2.5D curved glass, 1GB of RAM, 8GB of internal storage expandable up to 32GB, 1.3GHz quad-core processor, and 8-megapixel main camera plus 5-megapixel selfie camera, both with LED flash. 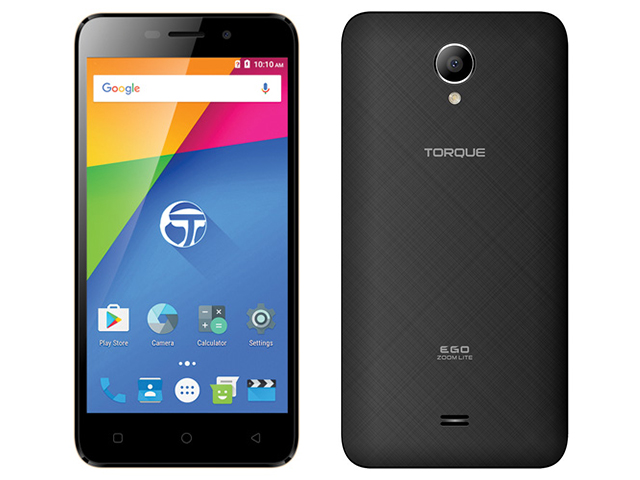 For users who’d want a device with 700MHz LTE support at a more affordable price, Torque offers the EGO Zoom Lite, a 5-inch smartphone with HD display and 2.5D curved glass priced at PhP 3,999. The EGO Zoom Lite has the same combination of 1GB RAM + 8GB ROM with up to 32GB microSD card support and 8-megapixel main + 5-megapixel front cameras with LED flash. The device runs on Android 7.0 Nougat and has a stamina of 2000mAh. 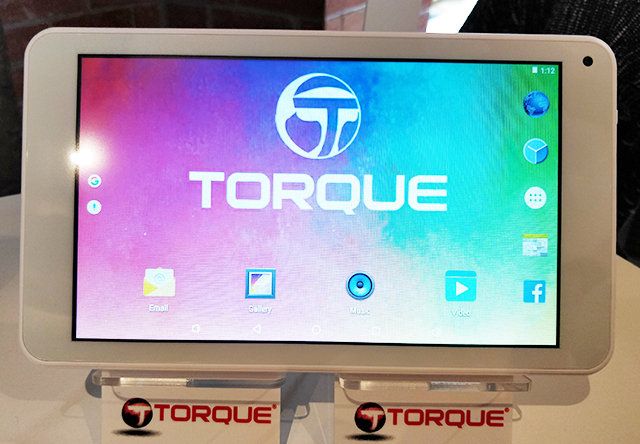 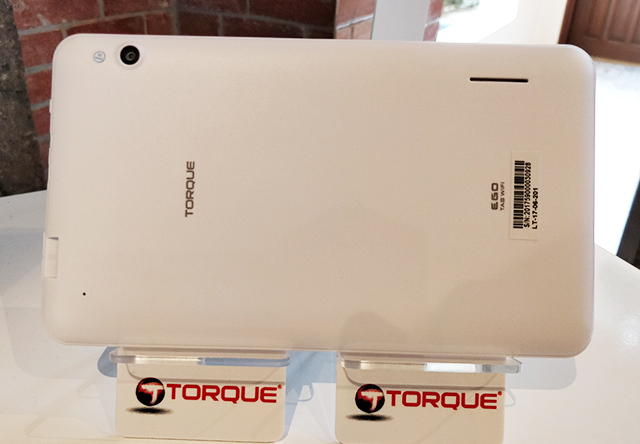 An addition to Torque’s lineup of tablets, the EGO Wi-Fi, at an economical prize of PhP 2,599, already offers a 7-inch WSVGA display which conceals a 1.3GHz quad-core processor and Mali 400 GPU plus an Android 6.0 Marshmallow OS. With regard to storage, this tablet has a 1GB RAM and 8GB onboard storage which supports expansion through microSD card. It has a 2-megapixel sensor for both its front and back cameras. 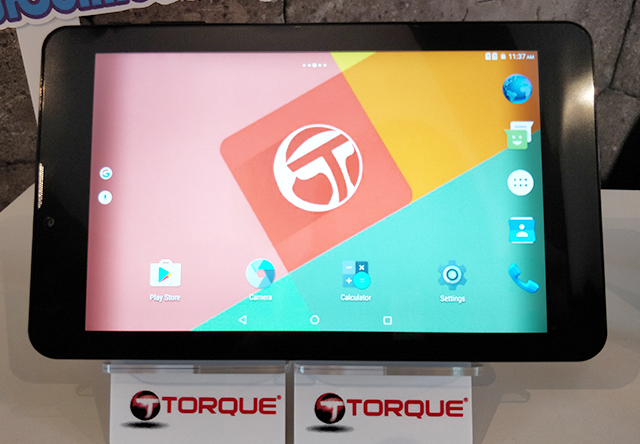 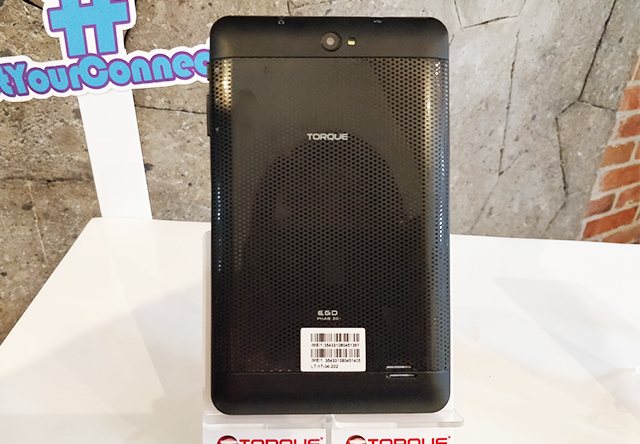 Aside from the reveal of its new products, Torque also introduced courier Air21 Express as its new partner in improving customer service. With this, Torque users with concerns about their smartphones can be spared from going to Torque physical stores and service centers. Customers can contact the Torque aftersales team either through text, call, or email, and Air21 will pick up and deliver their devices.

“This year, we partnered with one of the biggest logistics company in the Philippines to bring Torque Express. This is basically our way of making sure that our customers will have their phones fixed in the shortest period of time, as well as they’ll get their phones back without the hassle of going and waiting at our service centers,” Uyco added. 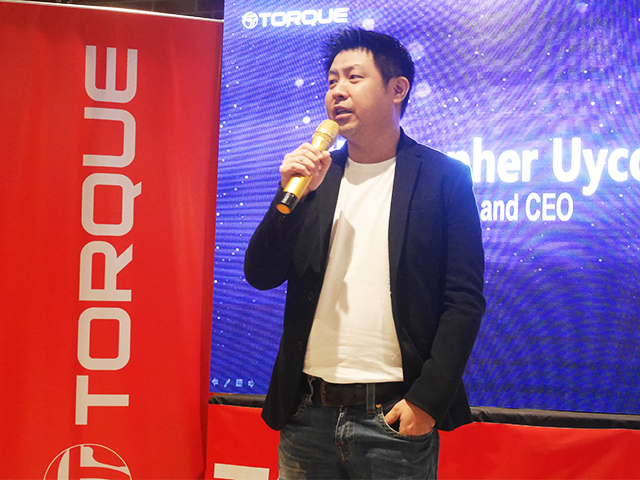 Torque also announced its newest promo in coordination with one2shop.com. Consumers who’ll purchase the newly-launched Torque devices at one2shop will be entitled to up to PhP 400 discount and will be given a chance to have a meet-and-greet with Torque celebrity ambassadress Elisse Joson. The said promo runs from August 8 to 31, 2017.