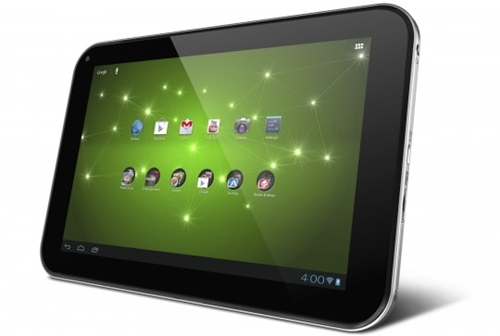 The Android tablet space is getting more crowded with Toshiba's latest trio of tablets, the Excite 7.7, Excite 10 and Excite 13.

According to Android Community, all three tablets will be powered by Android 4.0 Ice Cream Sandwich and NVIDIA Tegra 3 quad-core processors. The Excite 10 will go on sale next month, followed by the two other models in June. All three models are Wi-Fi only.

The Excite 7.7 (above) has a 7.7-inch AMOLED display with a resolution of 1280 x 800 pixels. It is equipped with 1GB RAM, a 5-megapixel rear and a 2-megapixel front camera, a microUSB port and a microSD card slot. 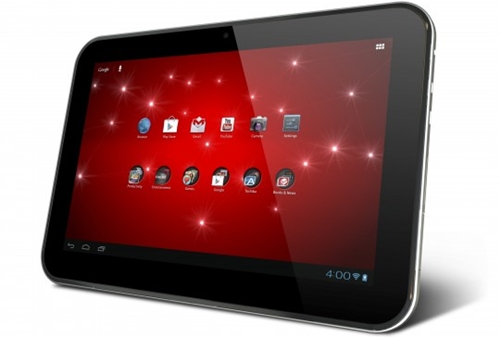 If you have seen the Toshiba Excite X10, the Excite 10 shouldn't be much of a surprise as both tablets look quite similar. Weighing approximately 598g, the Excite 10 has almost identical specs and features as the Excite 7.7, with the addition of a full-sized SD card slot and a microHDMI port. 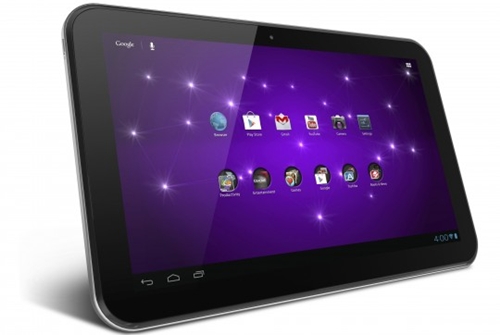 Sporting a similar set of specs, ports and features as the Excite 10, the 13.3-inch tablet is armed with four SRS-certified speakers and is bundled with a free tablet stand. The Excite 13 is the most expensive of the trio, with prices starting from US$649.99 for the 32GB model and US$749.99 for the 64GB model.

We first saw these tablets as prototypes at CES 2012 along with an underwater tablet. With four tablets in its product portfolio, Toshiba appears to be in good stead to compete with the other Android vendors for a share of the lucrative tablet market.