A Tough Balancing Act for Barbie’s Music and Her ‘Cradle’

A Tough Balancing Act for Barbie’s Music and Her ‘Cradle’ 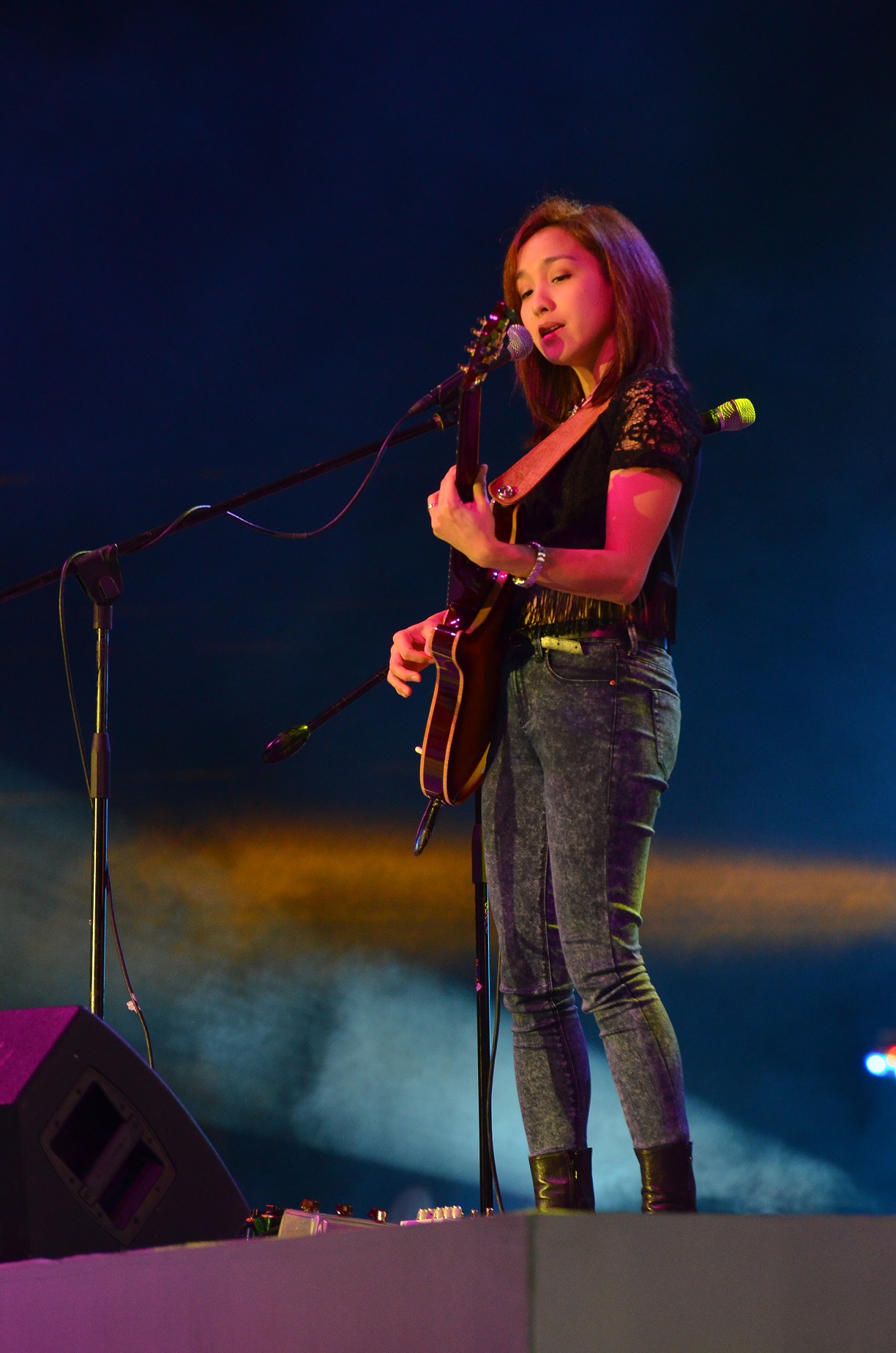 For ‘90’s rock princess Barbie Almalbis, music has pretty much defined every facet of her life. Once the lead singer of popular bands Hungry Young Poets and Barbie’s Cradle that churned out hits such as “Money for Food” and “Torpe,” Barbie has helped define the music of an entire generation.

But Barbie now finds herself juggling a number of roles as a singer-songwriter, an all-out musician, a wife, and as a mother of two, after settling down with husband Martin Honasan in 2006.

Between striving to be a better musician and attending to her “cradle” of growing kids—Stina, 6 and Liam, 3—Barbie has found herself in and out of the limelight, trying to do as much as she could without having to spread herself too thinly among her various roles.

“I didn’t really stop [making music]. I just keep my family a priority. I guess you just have to learn, as you go along, how to balance these things,” Barbie says in a recent TV interview.

With a family to tend to, Barbie has learned to rely on technology to keep her passion for music alive and, in a way, make sure that she doesn’t lose touch with her music.

Barbie says that with the advent of home recording and with the help of the Internet, she was able to continue writing songs and producing music at the comfort of her own home, without having to go to a full-production studio.

If her recent performances are any indication, it’s clear that Barbie hasn’t lost touch with her inner “rocker”: during the recently held Smart Bro Live and Loud interactive concert from Smart Communications, Inc. subsidiary Smart Broadband, Inc. (Smart Bro), Barbie made jaws drop with her wicked guitar solo as the only female in the OPM “superband,” composed of equally iconic legends as Raimund Marasigan, Rico Blanco, and Ely Buendia.

This tectonic shift in the music industry has allowed artists to still continue honing their talents and producing good music even if they are, like Barbie, busy at home or performing during tours.

In the same way, Barbie says she has discovered a lot of new music influences with the help of the Internet, giving her inspiration to begin producing a follow-up to “Goodbye My Shadow,” her latest solo album released in 2011.

“At the same time, it helps you get your music out to people who would otherwise never hear your stuff,” Barbie adds.

With social networking and video-sharing sites available, Barbie is just one click and one type away from her stable of fans. In fact, the 36-year-old responds actively to questions of fans in her Facebook page, and constantly updates them of her activities via Twitter and Instagram.

“Connecting with the fans is very important. With the help of fast broadband Internet, you can really get to know what your fans are thinking,” she adds.

Loyal supporters of Barbie can catch her at the October 26 leg of Smart’s first interactive concert, Smart Bro Live and Loud, which will be held next in SM City Batangas. Barbie will be accompanied by Cebuano rock act Urbandub in Cebu on November 9 and will join fellow “Power of Four” artist Rico Blanco during the concert series’ Davao leg on November 23.

For more information on the schedule of Live and Loud tours, please visit smart.com.ph/LiveandLoud.

Previous Story
Get a Chance to Win a FishTab 3 With Kata Digital's Like, Share, and Win Rebound
Next Story
ASUS X550 Series Notebook Hits Market, Teems With High Specs (Updated)