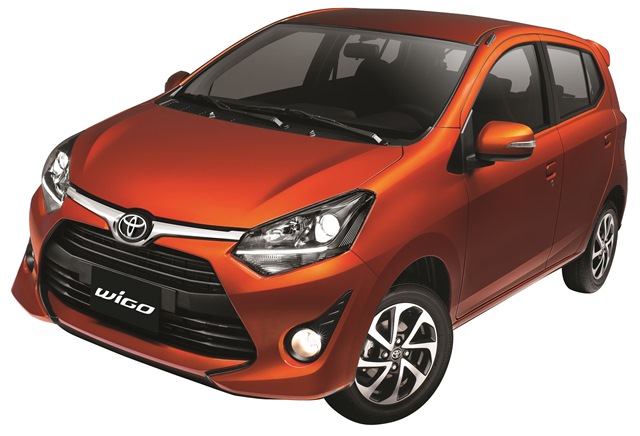 Toyota is introducing the all-new Wigo, arriving with a VVT-I engine for a more fuel-efficient drive while offering a stable and comfortable riding experience by employing an optimized suspension geometry calibration.

Compared to the preceding model, Toyota's 2017 Wigo flaunts a sporty and fun silhouette that speaks volumes. For a more dynamic image, Toyota re-energized the look of its front bumper, grille, and alloy wheels. It now sports sleek projector-type headlamps with line guide and LED rear combination lamps for an edgier look.

The latest Toyota model showcases its redesigned interior with new seat patterns and door trims. Also, a more refreshing appearance has been granted on its multi-function and navigation-ready audio system. It adds new advanced features such as the new steering switch that provides effortless access to one’s music.

All grades are still equipped with standard SRS airbags for both the driver and passenger. Now, all options for the Wigo are armed with Anti-Lock Brake System, and additional safety features such as the seat belt warning and light remind warning have been included as well.