Tt eSPORTS will be exhibiting a barrage of new gaming products, including keyboards, mice, and headsets, at the CES 2014. The sub-brand of Thermaltake that's catered to gamers has also updated its legacy peripherals. 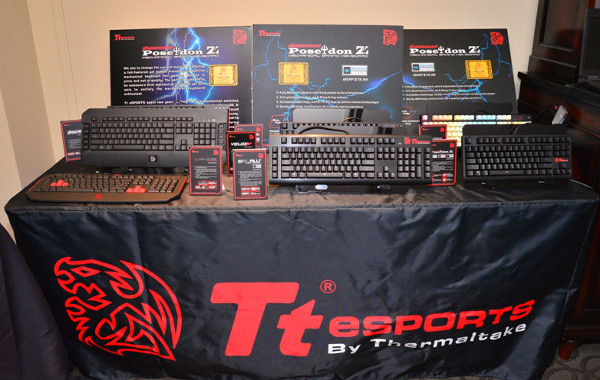 Fronting the range of new keyboards is the Poseidon Z Illuminated series, which are fully backlit mechanical gaming keyboards employing blue switches. Backed by a whopping 5-year warranty, each keyboard comes with anti-ghosting keys, media keys, and the ability to disable the Windows key. The Balmus fully backlit mechanical keyboard styled in brushed aluminum lets you toggle between five brightness levels, and owns 10 macro keys and 5 profiles paired with the Instant Switch System for convenient switching between profiles. It also allows users to disable the Windows key. Besides offering the same features with the rest of the Poseidon keyboards in Cherry MX switch variants, the Poseidon X tenkeyless allows you more desktop space for your gaming mouse. 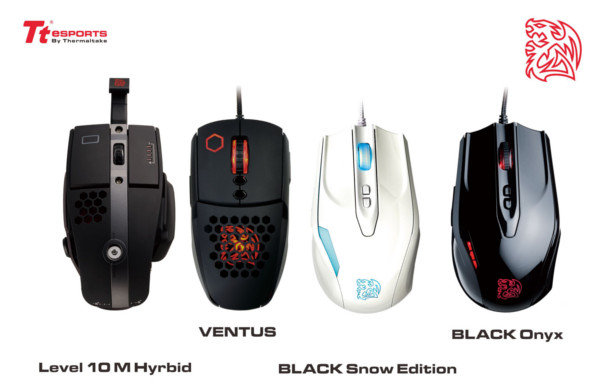 Co-designed with BMW DesignworksUSA, the Level 10 M Hybrid Mouse includes all of the features present in the first M mouse, such as 3D axis steering movement on body, aluminum base, air-through ventilation, macro keys, and customizable profiles. Sporting an improved ergonomic design, the new mouse adds the new hybrid functionality of running either via cable or wirelessly through 5.8G wireless technology. The Ventus is an ambidextrous gaming mouse that suits both left- and right- handed gamers. The Black gaming mouse is updated with new editions - the Black Onyx and Black Snow - featuring new Avago laser sensors with up to 5,700dpi in new glossy surface bodies. 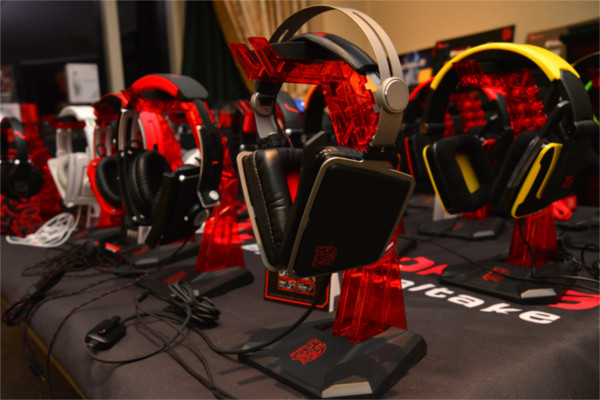 Tt eSPORTS will be showcasing the Level 10 M Headset at the CES 2014 in Diamond Black, Iron White, and Blazing Red. Also, the Cronos family is extended to include two new members that each come with a retractable microphone - the Cronos Ad with an auto adjusting headband, and the Cronos Go, a smaller, more portable version of the Cronos. The Sybaris wired/wireless hybrid headset, the brand's first Bluetooth-enabled headset with a swappable external microphone, and the new Verto headset that's constructed in a geometric design, are also on display at the show.

The Draconem aluminum mousepad offers two gaming surfaces, while the new Headset Adapter allows for headsets with 2 x 3.5mm cables to be used with a mobile device, and the Battle Dragon Bag lets you pack all your gaming gear for your LAN party.

All images accredited to Tt eSPORTS.