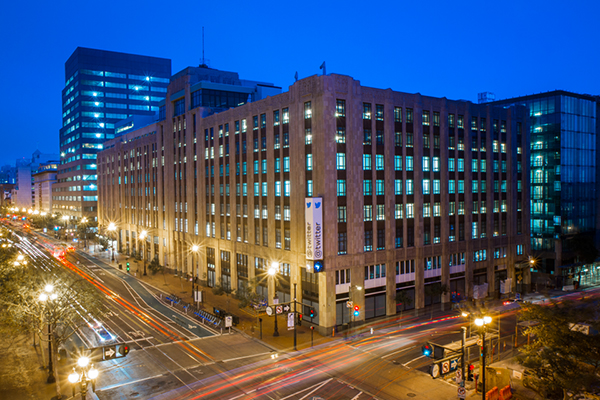 After news of an executive overhaul at Twitter broke over the weekend, Twitter CEO Jack Dorsey confirmed in a tweet late Sunday the departure of four key executives, including VP of product Kevin Weil, VP of media Katie Stanton, VP of engineering Alex Roetter, and VP of human resources Brian Schipper.

Dorsey said that he wanted to announce the departures to put to rest what he termed “inaccurate press rumors” regarding the circumstances surrounding their departure. A number of news outlets had reported that the four were fired, but Dorsey stressed that they had chosen to leave the company of their own volition.

In addition, Dorsey also detailed how the responsibilities the VPs leave behind will be taken up by existing executives, for the time being at least. COO Adam Bain will reportedly take on a bigger role in media and HR, while CTO Adam Messinger will deal with consumer product and engineering. Permanent replacements will likely be hired at a later period. 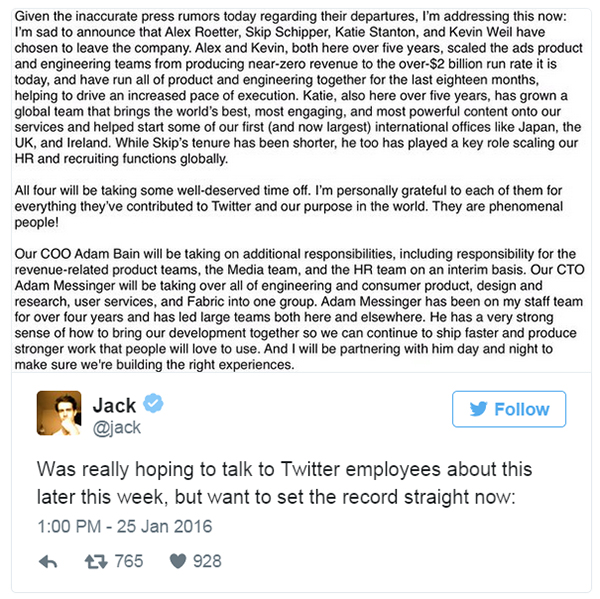 In fact, these may just be the first of further changes to come. The New York Times reported that Twitter was in the midst of a major overhaul of its top ranks, a shakeup that would take place over the next few weeks and involve even its eight-member board. Twitter’s board has faced criticism for being too insular and dominated by company insiders, and Dorsey has said he would look to bring in outside candidates for the board.

Since he was made permanent CEO in October last year, Dorsey has made clear that no feature of the social networking service is too important to be tweaked or disposed of.

He has set out his goals for the company in broad, ambitious strokes, saying that if it meets expectations, “Twitter will become the first thing everyone in the world checks to start their day and the first thing people turn to when they want to share ideas, commentary or simply what’s happening.” Twitter sure needs that to happen, given its flagging user growth numbers.