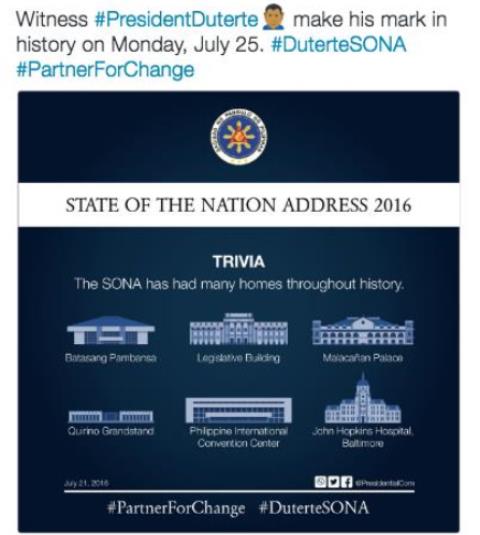 Twitter is collaborating with the Duterte administration to connect the new President with Filipino citizens worldwide, starting first with the #PresidentDuterte emoji and #PartnerForChange campaign, and now to his first-ever State of the Nation Address (SONA).

Since the campaign through the election, inauguration and beyond, Twitter has been one of the primary platforms where Filipinos discuss and get updates from the current administration.