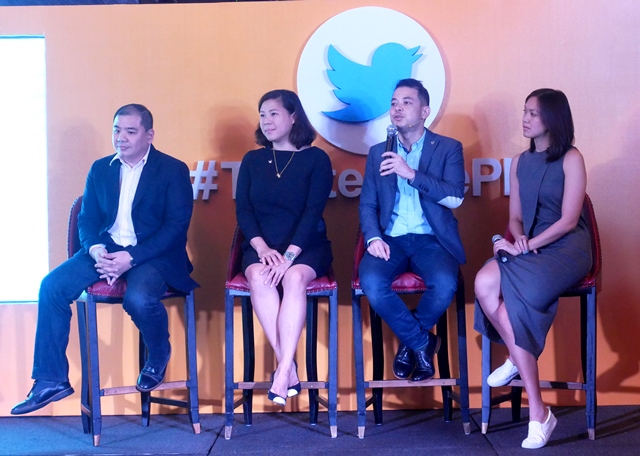 With over 120 million mobile subscribers in the country, Twitter has officially announced its collaboration with Globe Telecom and Smart Communications to launch the Twitter Lite, which is set to provide faster, data-friendly, and more accessible mobile web experience to Filipino users.

According to Twitter, the new Twitter Lite allows up to 70% data saving, 30% faster launch time, and takes up less than 1MB memory on mobile devices.

“The Philippines is one of our key emerging markets worldwide and we are committed to provide the best way for Filipinos to get live updates in news, entertainment and sports on Twitter. We are excited to announce Twitter Lite today with our partners Globe Telecom and Smart Communications, to bring a better mobile web experience for Filipinos across the country, especially those in outlying islands and rural areas with network connectivity issues, to stay updated with their favorite Filipino idols,” Tina Pang, Head of Sales, Twitter Southeast Asia, said.

Through the partnership, Globe will be promoting Twitter Lite through a custom Twitter timeline t.co/GlobeEntertainment, and Twitter data pack through SMS marketing and USSD menu browser to their subscribers.

“As the mobile leader and the purveyor of the digital lifestyle in the Philippines, this partnership with Twitter will reinforce the Philippines’ title as the ‘Social Media Capital’ in the world which we jump started in 2014 by introducing digital lifestyle in the country. With Twitter Lite, our customers now have the means to stay up to date with the latest local news and follow their favorite entertainment stars in an affordable and accessible way,” Albert de Larrazabal, Chief Commercial Officer, Globe Telecom, noted.

Meanwhile, Smart will offer a custom Twitter timeline t.co/SmartEntertainment, and Twitter data pack through SMS marketing to their subscribers, as well as promoting Twitter Lite on the Opera browser speed dial.

"Our partnership with Twitter will extend our 63 million subscribers across the Philippines through Twitter Lite, including those living in outlying islands and rural areas. By subscribing to t.co/SmartEntertainment, they will have access to the lates information on their favorite Pinoy stars and be part of the global conversation," Harvey Libarnes, Vice President, Digital Products and Partnership, Smart Communications, stated.

Both partners will also be doing roadshows across the country to support publicizing Twitter Lite.

Without the need for an App Store or Google Play Account, Twitter Lite users will also enjoy an app-like performance such as a wide range of push notifications and offline support. Aside from this, it also includes poll creation and safety features to block, mute, and report, as well as other key features of Twitter on the mobile web experience.

Also, Twitter Lite will support 42 languages including Tagalog. It is now available at mobile.twitter.com on smartphone and tablet.