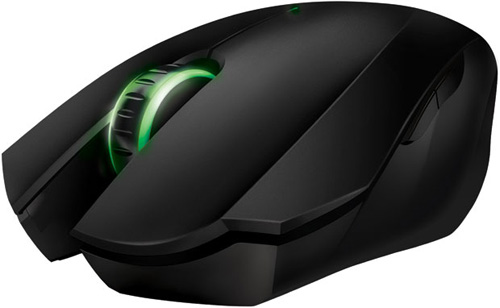 Razer has announced an update to its Orochi mobile gaming mouse, the compact Bluetooth 3.0/wired mouse first released back in 2009 and designed specifically for portable use with notebooks. The new Orochi has been outfitted with a 6400 DPI 4G sensor, a sizeable upgrade over the 4000 DPI sensor of the original. Furthermore, whereas the first generation Orochi was limited to 2000 DPI when in Bluetooth mode, it looks like the new Orochi will offer full functionality in both wired and Bluetooth connections.

Razer also claim that the second generation Orochi features optimized battery life, with its two AA batteries now providing up to 30 hours of continuous gameplay, or around 3 months of conventional usage.