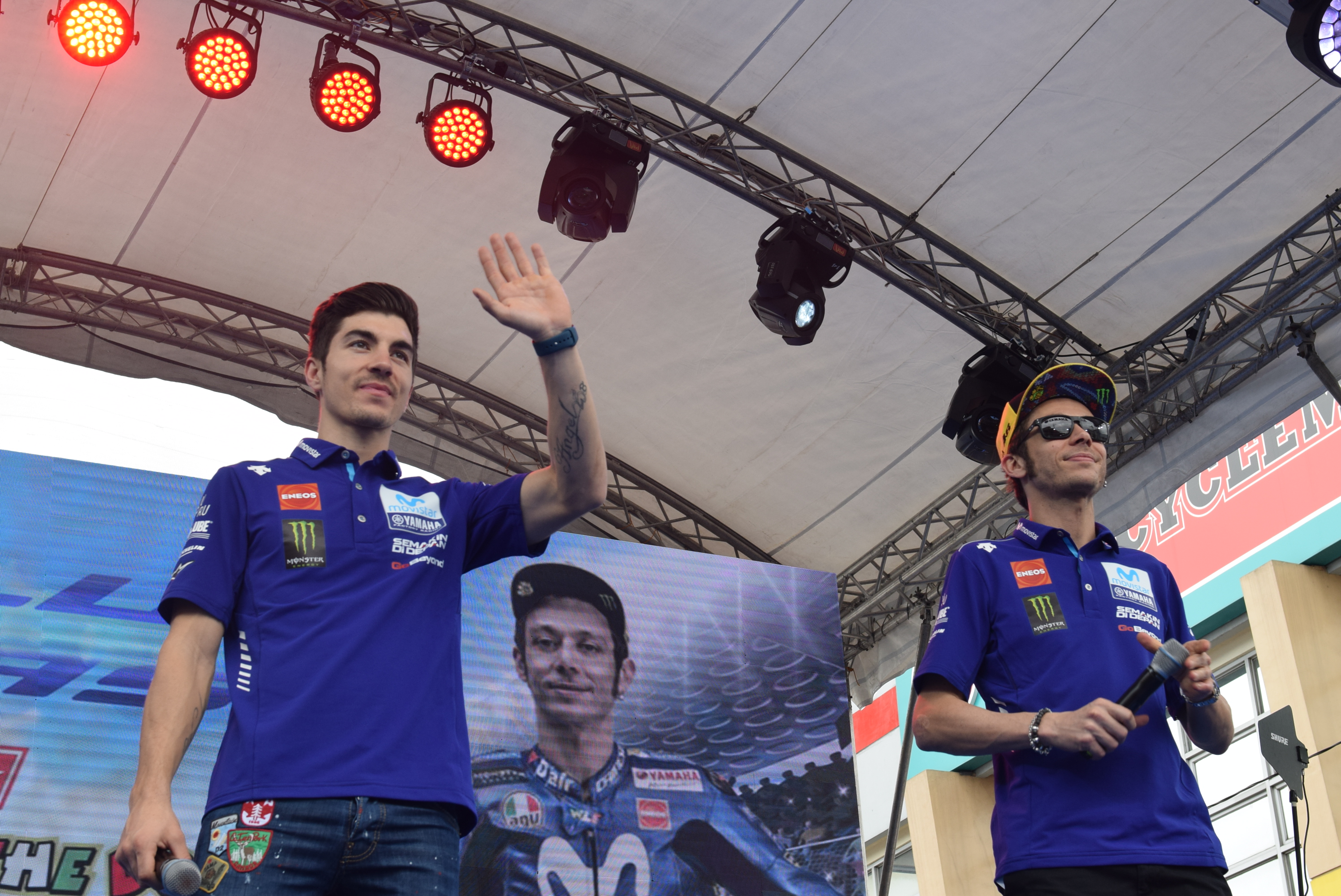 The team of Valentino Rossi and Maverick Vinales has taken over the roads of northern Metro Manila on Valentine’s Day as the formidable duo highlighted their trip to the Philippines by gracing the newest milestones of Yamaha Philippines: the Yamaha Love Train and the Yamaha Monumento Station.

Rossi and Vinales hit the train at the LRT Roosevelt Station in Quezon City and alight at the newly-minted LRT Station in Monumento, Caloocan City.

Afterwards, the two motoring sportsmen hit the Yamaha festival staged at 10th Avenue in Grace Park, Caloocan City, bringing much excitement to the legion of fans and select Yamaha Grand Prix (GPX) riders from Luzon, Visayas, Mindanao, and the wildcard category. The Doctor and the Top Gun also gave away signed T-shirts, and enthusiastically answered questions from the audience. Both Rossi and Vinales hit the Seda Vertis North in Quezon City for the launching of Yamaha’s newest line of automatic motorcycles to several dealers.

Dubbed as We Are Mio, the current Yamaha line features the all-new Mio Sporty, Mio I 125, Mio Soul I 125, and the Mio Aerox. Each model represents the culture of riding and it never goes off trend regardless of the age of the rider. Later in the day, the motoring firm introduced their new set of brand ambassadors called Miollennials, comprised of Boy Band PH, Nadine Lustre, Matteo Guidicelli, and Drew Arellano.

It was a long day for the two riders, but nonetheless a very worthy one for the love of riding. After all, for Yamaha, it wasn’t just about the motorcycles, the riders, the ambassadors, it was all about revving your heart.