Oftentimes regarded for its selfie front camera and an endorsement from one of the top players in the NBA, Vivo has been recognized as the fastest-growing smartphone brand today according to the International Data Corporation (IDC).

The premier marketing intelligence firm, through its Quarterly Mobile Phone Tracker, has reported that Vivo was included in the top 5 and grew 66% quarter-on-quarter for the Philippine smartphone market, making them reach the elite status in the highly-competitive mobile phone marketplace in just less than two years.

“OPPO and Vivo disrupted the smartphone retail space through cash-rich marketing, aggressive sales promoter incentives and previously unseen levels of retailer support. This challenged the traditional vendor-dealer relationship smartphone vendors have been accustomed to, and while leading vendors have been able to adapt, smaller players with less marketing and merchandising budget on their disposal were unable to do so, thus suffering drops in market shares” said Jerome Dominguez, Market Analyst for Client Devices, IDC Asia/Pacific.

Vivo’s recent recognition from IDC report was a result of its aggressiveness on its marketing campaign that paved it to be a top-of-mind brand among Filipino consumers, part of which is the high-visibility on TV, print, and billboard endorsements of two-time NBA champion and Golden State Warriors point guard Stephen Curry, and the weekly mall tours featuring celebrities Tony Labrusca, McCoy de Leon, Sue Ramirez and Andrea Brillantes. 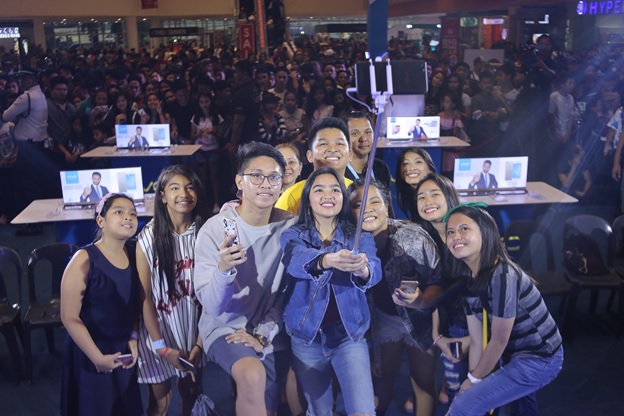 As a result, it allowed discerning shoppers to discover Vivo’s innovative products and its unique features such as the V5s which boasts the world’s first 20-megapixel front camera as well as 4GB of RAM and a 3000mAh non-removable battery.

IDC is expecting smartphone sales to increase by the last quarter of the year when the Christmas holidays signal a spike in the number of demand for quality mobile phones.