One look at the slab of plastic above and you'd probably be wondering what the fuss is all about. It's a touch input device the size of an iPad. Big deal right?

What if we told you that there's more to it than that? It's true that the Sensel Morph, at its most basic level, is a touch input device but it's also much more than that. With the right overlays and some creativity, there's a ton of things the Sensel Morph can do. Overlays are what Sensel calls 'physical' apps, although we prefer to call them skins. Whatever your choice of name may be, overlays are basically templates that tell the Sensel Morph how to act. 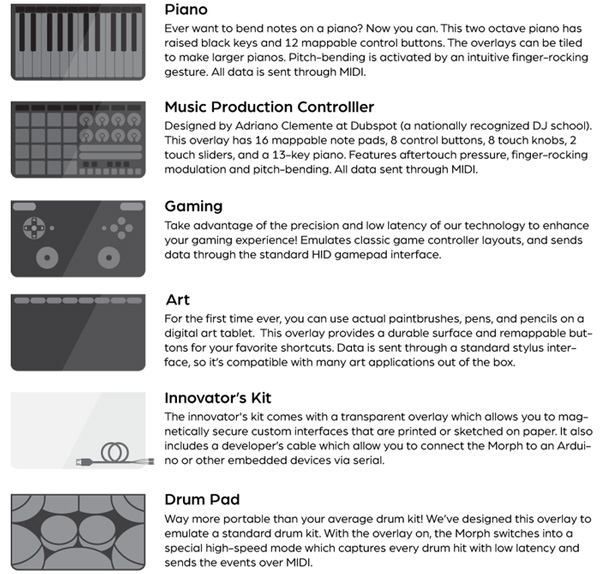 Put in the Piano overlay for example and the Sensel Morph changes to a piano you can use to create music with. It's the same with the other overlays. From painting to design to gaming, the versatility of the Sensel Morph is impressive. If you're not happy with the overlays available, Sensel's going to release a tool once the Sensel Morph's available that allows users to create their own overlays. You'll need the Innovator's Kit to use your own custom designs though.

The best part is that you can combine two different Sensel Morphs to use together. An example was shown where Sensel brought together two different Piano overlays to create a massive piano.

Here are the device's specs: 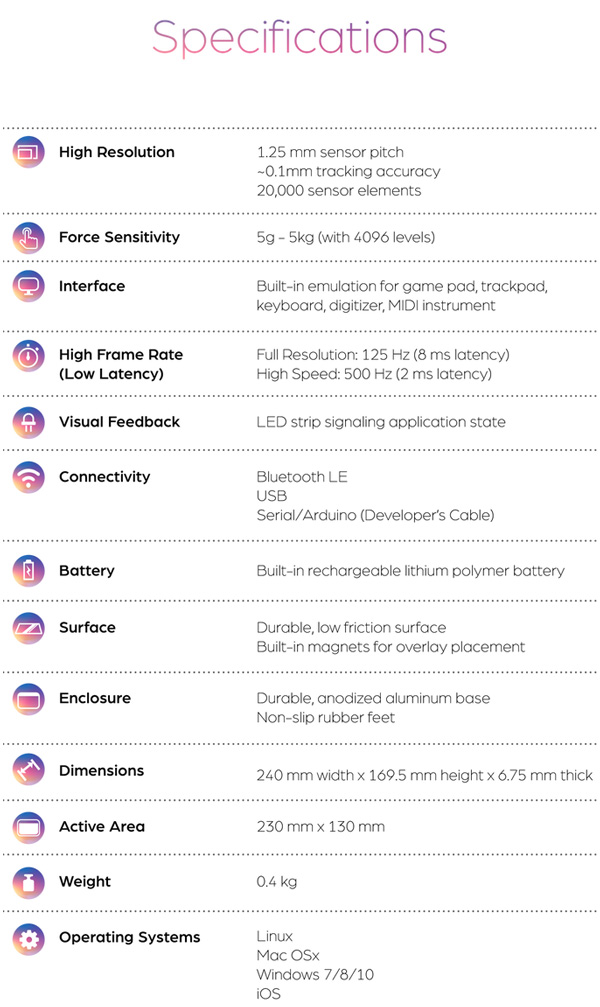 The main takeaway from the specs sheet is that Android users are out of luck, as Sensel doesn't seem to be interested in bringing the Sensel Morph over to that platform. Other than that though, it looks like every other major platform's covered. The Sensel Morph can be used on smart devices and PCs though it only has support from Windows 7 onwards if you're on a Windows PC.

The Sensel Morph's a Kickstarter project right now but there's good news; the project's already funded. That means that the Sensel Morph (barring any serious complications) is pretty much going to be made into a real product soon so any pledge above the minimum is guaranteed to net you one. You simply need to pledge at least US$284 (this is including US$35 to ship it here) for a Sensel Morph and a choice of three overlays.

If you're intrigued by the Sensel Morph and want to get one, you can pledge for it at its Kickstarter page.