Windows 10 first build preview for phones is now out!

Windows 10 first build preview for phones is now out! 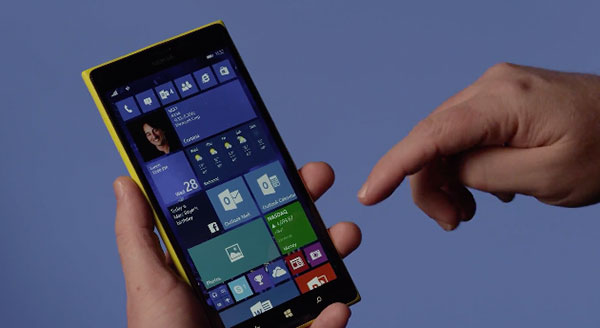 A few weeks ago, Microsoft shared more details on its next major operating system Windows 10, and promised a build for Windows Phones too in February. Well, the time has come, and the first build of Windows 10 Technical Preview for Phones is now available.

The preview is for those who’ve registered with the Windows Insiders Program; and if you haven’t done so, you can still do it now. After registering your device, you’d be able to receive the build (and future ones) as over-the-air updates. For this very first build, Microsoft is quick to warn that it has “some rough edges”, which means you probably shouldn’t install it on your daily driver. In its blog post, the company has listed some of the known issues, so those going ahead should definitely check them out first.

In addition, this build only supports phones that have a recovery image available. Microsoft has created a Windows Phone Recovery Tool that will restore that image if necessary. More phones would be added with each new build, but for now, only these devices are supported: Lumia 630, 635, 636, 638, 730, and 830. (Sorry, Lumia 930 users.)

Some of the new features in this early build include full-size background image for the Start screen, more Quick Actions in Action Center, interactive notifications, enhanced speech-to-text capability, and a more powerful Photos app. Missing in this build are the new universal apps for Word, Excel, PowerPoint, Mail, and Calendar, as well as the new IP-based messaging app. Cortana is also limited to U.S. and English-only. Microsoft says these features will be added in later builds.

Previous Story
Is your fitness tracker giving you skin allergy?
Next Story
Nikon unveils D810A for astrophotographers and new Coolpix cameras for the rest of us