In celebration of its 5th year of OLED expertise, LG has brought to the Philippines its LG Signature OLED TV in 44-inch and 77-inch variants. 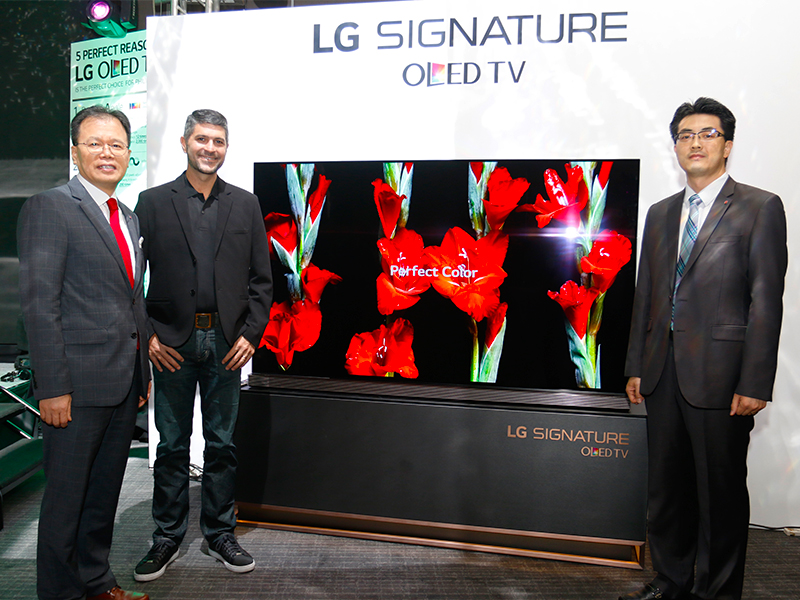 Unveiled a day before Apple officially announced its updated Apple TV, the LG Signature OLED TV is the world’s first to have both Dolby Vision and HDR10 on a television. These features make it capable of delivering life-like images with deeper blacks and brighter colors in 4K resolution. This is complemented with Dolby Atmos audio technology. These altogether make up a sound bar system that also doubles as the television’s stand. Another selling point for the LG Signature OLED TV is its Picture-on-Glass design which flaunts an ultrathin OLED panel backed by a translucent glass. For its connectivity, the television has four HDMI input, three USB 2.0 ports, one AV/Component input, one Ethernet cable port, one optical digital audio port, and one RS232 headphone port.