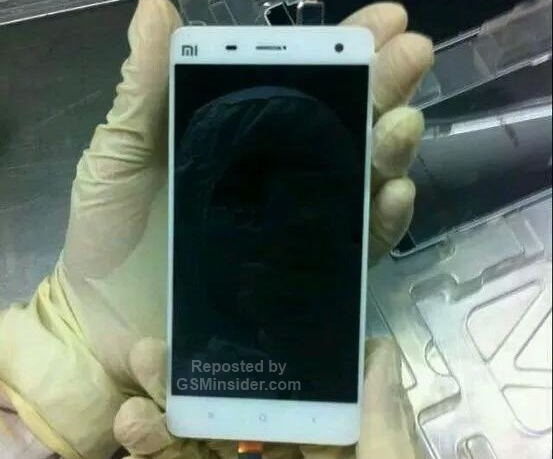 It's almost a year since Xiaomi unveiled the Mi 3 and it seems timely for the Chinese company to unveil its successor. The latest leak suggests that its announcement may be imminent.

Someone managed to take a photo of an alleged front panel of the upcoming flagship model, the Mi 4 from the assembly line of a manufacturing plant in China. As you can see, the front panel has very slim bezels which reminds us of the LG G2 and G3 smartphones. It also sports three capacitive navigation buttons below the display, which means that Xiaomi is not going to adopt on-screen buttons anytime soon.

The Mi 4 is rumored to come with a 5-inch 1080p display, a 13-megapixel rear camera with f/1.8 aperture and a new design. There are also reports of another upcoming model, the Mi 3S which will be announced before the Mi 4. The Mi 3S was previously said to be unveiled on May 15, but Xiaomi introduced several new devices which include the 7.9-inch Mi Pad and the 49-inch 4K Mi TV 2.