Xiaomi is planning to release a 4G variant of its Redmi Note phablet.

Xiaomi's co-founder Bin Lin teased in his Facebook post that "a lighter, faster Redmi Note is coming". The photo shows a 4G connection on China Mobile, the world's largest telco with over 790 million subscribers.

Xiaomi was previously alleged to launch 4G variants of the Redmi and Redmi Note on July 22, but the event was all about the new Mi 4 flagship smartphone and the S$16 Mi Band.

The new Redmi Note will be a bigger hit as the common complaints about the existing model are its bulky design and lack of 4G connectivity. 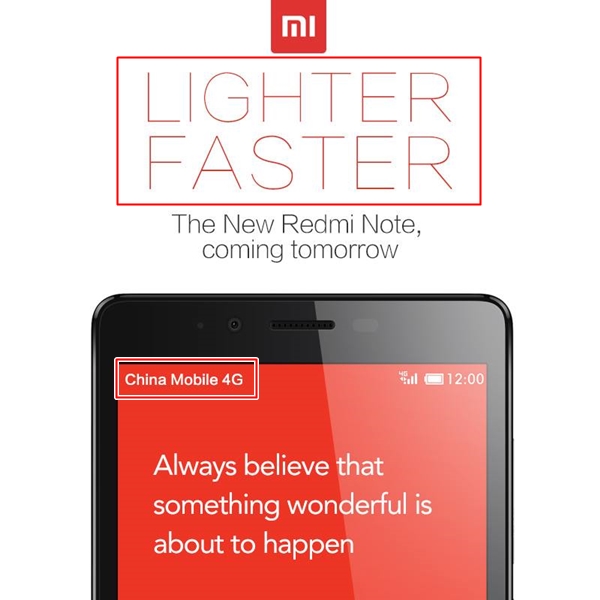