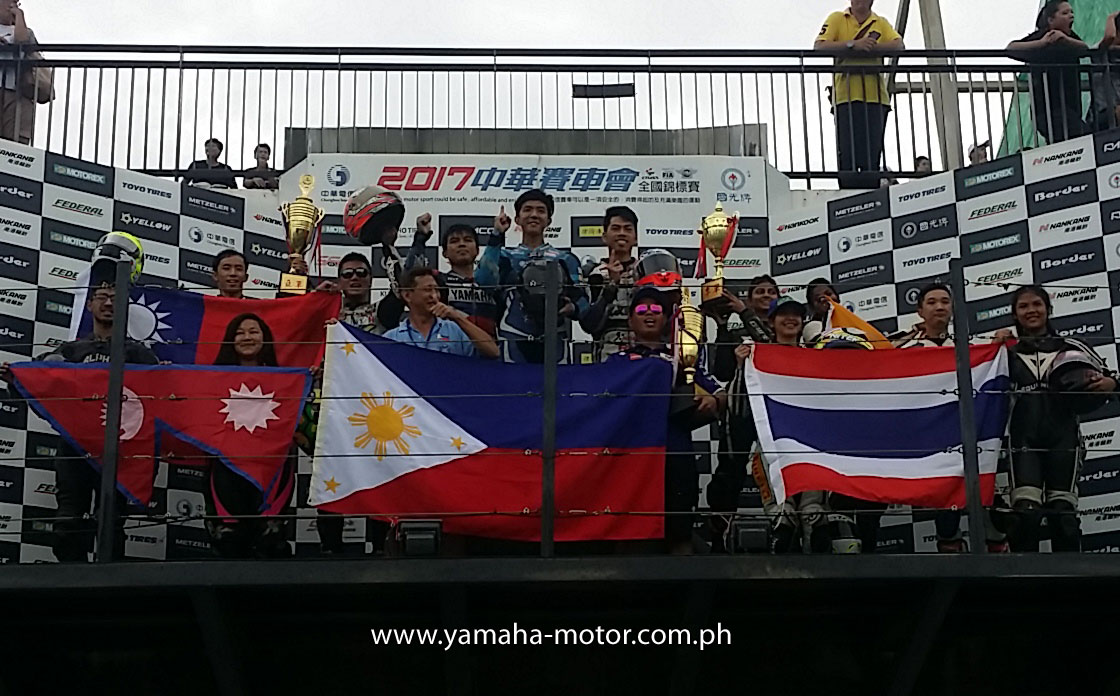 The duo of Durraine Dan Carlos and Garry Caneda Jr. emerged as overall champions when the ACRR had its starting point at the tracks of Nakhonchaisri in Thailand, a country known for their royal palaces and temples. The two drivers from Yamaha Team Pilipinas showed their composure with precision and determination throughout the competition en route to victory.

After securing the win in Thailand, the trip of Masato Fernando, Vingie Coloma, and Ephraim Onahon continued the streak as they take on a tough race at the Penbay International Circuit in Taiwan. And after a tooth-and-nail with the local stars, the Filipino riders overtook adversity and brought home the victory and championship.

These two winds for Yamaha Team Pilipinas proved to be pivotal for their bid to be named the overall champions of the ACRR series.