After its launch in late 2017, the Vivo V7 was tagged with price of PhP 14,990. But as the fireworks and legal firecrackers popped on New Year’s Eve, Vivo smartphone brand released the new affordable price tag for the Vivo V7!

The Vivo V7 is very much alike with the preceding the V7+. It sports a 5.7-inch all-screen display with an 83.6% screen-to-body ratio. Its 24-megapixel front camera makes clearer selfies, plus the Beauty 7.0 feature brightens up photos and creates more even complexion even in dimly-lit environments. 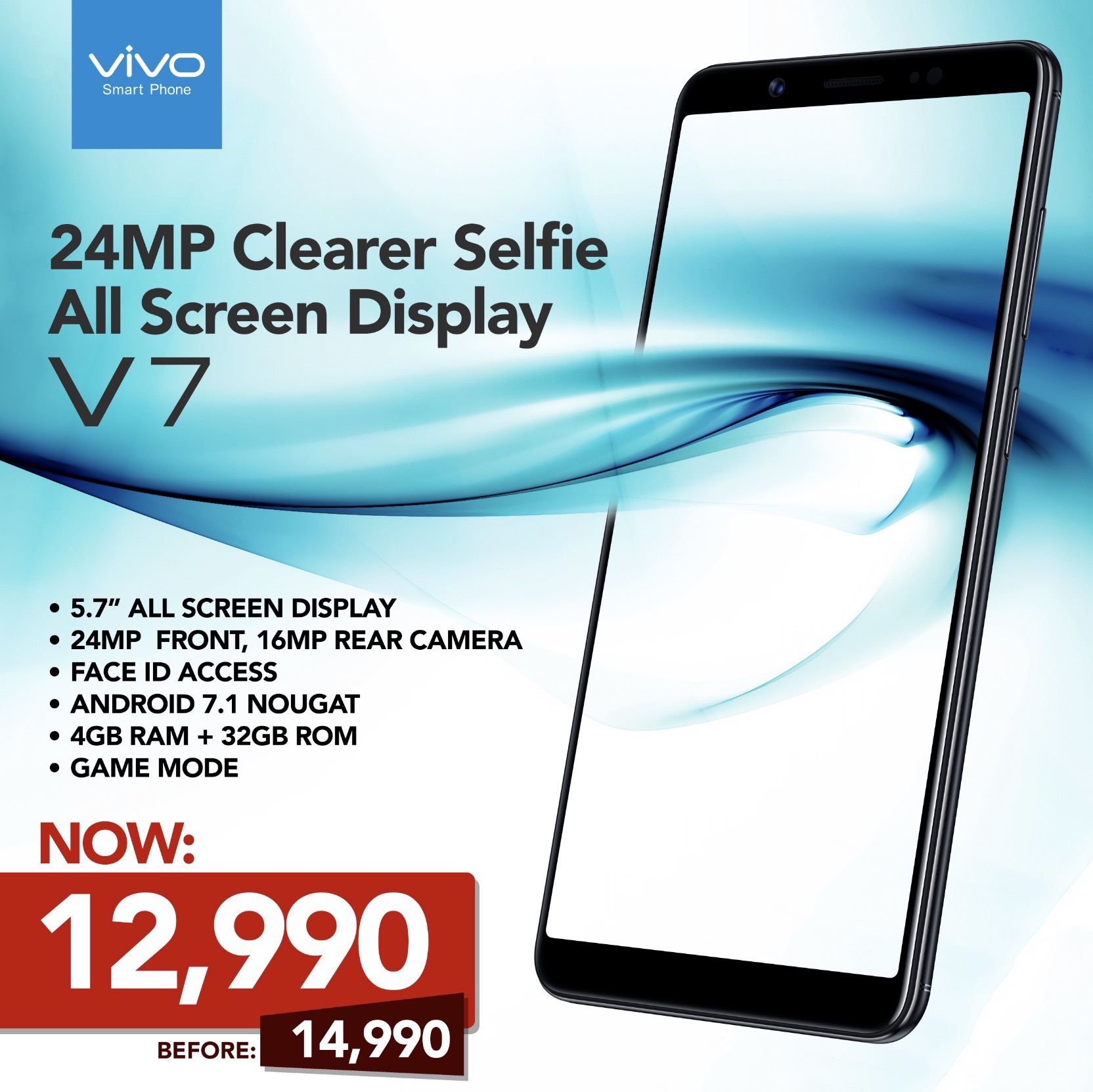 The V7 is powered by the latest Android 7.1 (Funtouch 3.2 OS) with 64-bit Qualcomm octa-core CPU amd 4GB RAM. Besides the fingerprint sensor for security, the V7 also features Vivo Face Access technology that quickly detects up to more than 100 different facial identification points.

The V7 comes in Matte Black and Champagne Gold colors, and is now priced at PhP 12,990 instead of its original price retail of PhP 14,990.