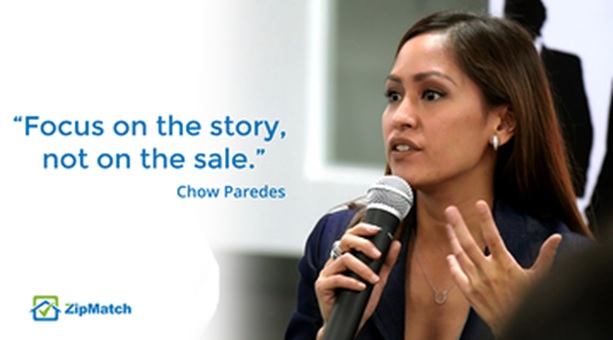 Pitching has just become interesting as Chow Paredes of ZipMatch gave students, investors, and fellow entrepreneurs the trick of the trade at the recently concluded Pitch and Get Funded event held at the office of Freelancer.ph.

ZipMatch, a tech startup that helps customers easily find a property, appears to have gained its momentum since it was founded in 2012, continuing expansion and doing its best to help home buyers find the perfect home.

In late January this year, ZipMatch launched a new portal called Explore, wherein interested property buyers can easily check out the listings of available properties around two of the major cities in Metro Manila, which are Makati and Taguig. ZipMatch also plans to add more cities into the portal over the coming years.

With the success of ZipMatch in mind, young Filipino entrepreneurs or anyone who is planning to join the startup community will surely learn a thing or two.

Held by the Young Entrepreneurs Society of the Philippines, the Pitch and Get Funded event has put Chow Paredes, Chief Revenue Officer of ZipMatch, into the spotlight, and let her "redefine" the whole process of pitching.

Paredes felt that most Filipino entrepreneurs in the startup community tend to be too preoccupied with pitching as part of fundraising.

"Pitching is an attempt to convince someone to part from a resource that they have and you don't," Paredes explained.

According to Paredes, there are three things to consider to be good at pitching.

First, entrepreneurs should become great listeners, because when you probe and listen, particularly to customers, there is more chance that you will get an increased revenue, as the customers become more interested to buy your product, rather than opening with a hard sell.

Second, Paredes noted the importance of recruiting key employees, explaining that employees are likely to turn down a regular job offer, and rather accept an opportunity to shape an entire industry.

Third and last, Paredes said that it is key for entrepreneurs to pitch to the media. She feels that most Filipino entrepreneurs tend to focus on the product or service their company offers at the expense of losing what would get the average Filipino to be interested in them.

Paredes concluded that the story is important, recommending that entrepreneurs should focus on the social media impact their company make, instead of the sale.